"Without enthusiasm, we can't succeed at anything in our lives -- especially buddhahood."
- Robin Courtin, Becoming the Compassion Buddha
Saturday Zen Service, Nov 1: 10:00am - 11:45am. 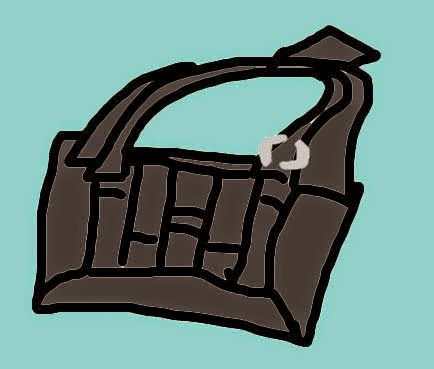 Koan of the Week
Gateless Gate #5: "Buddha Holds Up a Flower"

Case:
Once in ancient times, when the World-Honored One was at Mount Grdhrakûta, he held up a flower, twirled it, and showed it to the assemblage.
At this, they all remained silent.
Only the venerable Kashyapa broke into a smile.
The World-Honored One said: "I have the eye treasury of the true Dharma, the marvelous mind of nirvana, the true form of no-form, the subtle gate of the Dharma.
It does not depend on letters, being specially transmitted outside all teachings.
Now I entrust Mahakashyapa with this."

Wumen's Commentary:
The golden-faced Gautama insolently suppressed noble people and made them lowly.
He sells dog's flesh under the label of sheep's head.
I thought there should be something of particular merit in it.
If at that time, however, all those attending had smiled, how would the eye treasury of the true Dharma have been transmitted?
Or if Kashyapa had not smiled, how would he have been entrusted with it?
If you say that the eye treasury of the true Dharma can be transmitted, then that is as if the golden-faced old man is swindling country people at the town gate.
If you say it cannot be transmitted, then why did Buddha say he entrusted only Kashyapa with it?

Wumen's Verse:
In handling a flower,
The tail of the snake manifested itself.
Kashyapa breaks into a smile,
Nobody on earth or in heaven knows what to do.

Songxian's Verse:
One's garbled words disturb the crowd.
Another took up the empty and accepted the false.
Both of them were seeing ghosts in front of their skulls.
Too bad none of them at the meeting were robust; as a result the chase still goes on.

Songhua's Verse:
When Buddha held up the flower, he was
"So concerned for his children that he was unconscious of being unseemly."
When Kashyapa smiled, he
"Stuck his brains in a bowl of glue."

NOTES:
Mount Grdhrakûta, or Vulture Peak, where Shakyamuni Buddha preached, is located near the capital of Magada in ancient India.

In this koan, the Zen practice and understanding of transmission is projected back in time to the Buddha. The first account of Buddha transmitting the dharma to Mahakashyapa is in an 11th century CE Chinese sutra -- about 1400 years after Buddha's death. Further, the line "Not depending on letters, being specially transmitted outside all teaching" is a reference to Bodhidharma's definition of Zen in the 6th century CE:


"A special transmission outside the scriptures;
No dependence on words and letters;
Direct pointing to the mind;
Seeing into one's nature and attaining Buddhahood."

"Mahakashyapa perceived it [the flower] and smiled. Earlier the morning star in its own way had presented itself there in the sky of Magadha. It was the Buddha who noticed it, but it is there for us to notice, too, just as the cardinal sings for our notice and our transmission." (Robert Aitken)

"The act of raising the flower and associating this direct perception with the heart of nirvana" is "symbolic identification of samsara and nirvana in the experience of suchness." (Thomas Cleary)

Posted by Meredith Garmon at 14:54