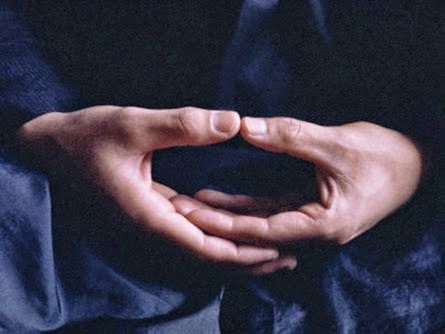 Koan of the Week
Gateless Gate #2: "Baizhang and the Fox"

Whenever master Baizhang delivered a sermon, an old man was always there listening with the monks. When they left, he left too. One day, however, he remained behind.

The master asked him, "What man are you, standing in front of me?"

The master answered, "The law of cause and effect cannot be obscured."

Upon hearing this, the old man immediately became deeply enlightened. Making his bow, he said, "I have now been released from the old fox and will be behind the mountain. I dare to make a request of the Master. Please perform my funeral as you would for a deceased priest."

The master had Inô strike the anvil with a gavel and announce to the monks that after the meal there would be a funeral service for a deceased priest. The monks wondered, saying, "All are healthy. No one is sick in the infirmary. What's this all about?"

After the meal, the master led the monks to the foot of a rock behind the mountain and with his staff poked out the dead body of a fox. He then performed the ceremony of cremation.

That evening the master ascended the rostrum in the hall and told the monks the story. Huangbo thereupon asked, "The man of old missed the turning word and fell to the state of a fox for 500 lives. Suppose every time he answered he made no mistakes, what would happen then?"

The master said, "Just come nearer and I'll tell you." Huangbo then went up to the master and slapped him. The master clapped his hands and, laughing aloud, said, "I thought the barbarian's beard was red, but here is a barbarian with a red beard!"

"...please say a turning word": A turning word (tengo) is a word or phrase which has the power to turn delusions into enlightenment.

"The master had Ino strike the anvil...": Inô (Chinese: awei-na; Sanskrit: karmandana) is an official position and title in a Zen monastery, being the monk in charge of rules, regulations, and the registry of monks. In order to make an announcement in the temple, the monks often used a kind of wooden anvil (byakutsui), which was about 120 cm tall, cut octagonally, and made slimmer toward the top surface. A gavel, which was also cut in octagonal shape, was used to strike the center of the surface of the anvil hard after first moving it several times in a spiral on the anvil's surface.

"Two faces, one die": A die is a block of wood, plastic etc. with a different number of spots on each side, used in games (pl.: dice).
Posted by Meredith Garmon at 07:06