"To stop your mind does not mean to stop the activities of mind. It means your mind pervades your whole body. With your full mind you form the mudra in your hands."
- Shunryu Suzuki 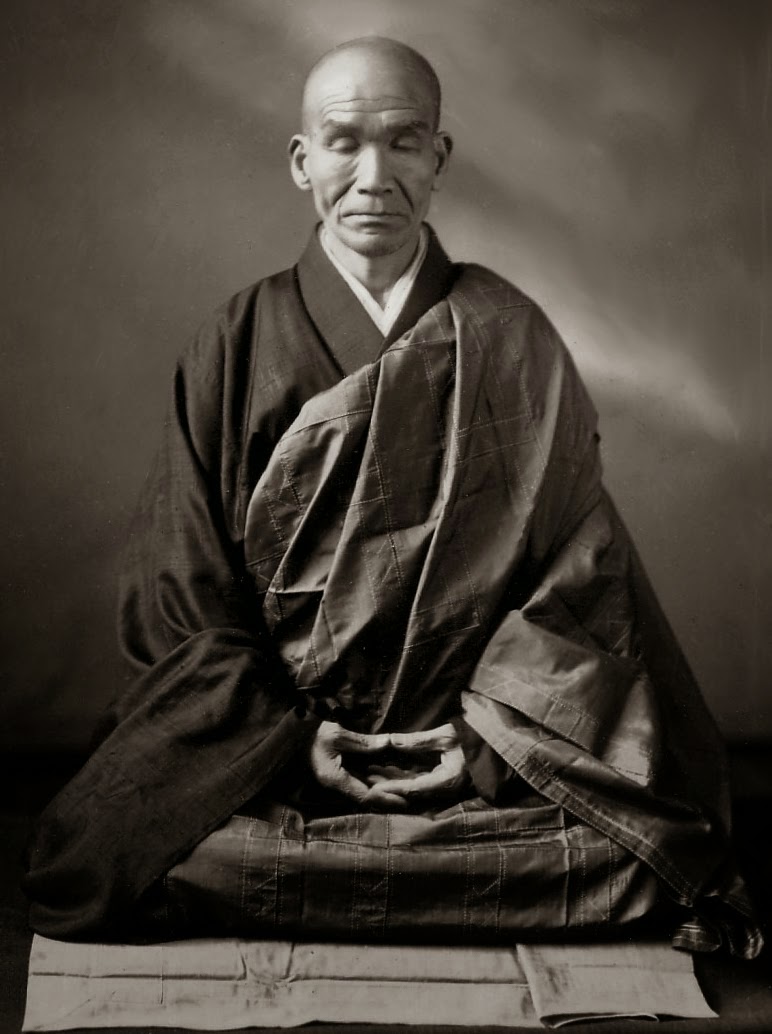 Wumen's Commentary:
At that time, if Yunmen had given Dongshan the essential food of Zen and awakened him to an active Zen spirit, his family gate would not have become so desolate. Dongshan struggled with himself in agony all through the night and at daybreak came to Yunmen again. Yunmen gave him a further push to break through. Although Dongshan attained realization immediately, he still could not be called bright. Now I ask you, does Dongshan deserve sixty blows with the stick or not? If you say he does, then all the trees, grasses, thickets, and groves should be beaten. If you say he does not, then Yunmen is telling a lie. If you grasp this clearly, you are breathing through one mouth with Dongshan.

Wumen's Verse:
The lion has a puzzling way of teaching its cubs:
The cubs crouch, leap and spring back swiftly;
Unintentionally, he gave a checkmate again,
The first arrow was light, but the second went deep.

Posted by Meredith Garmon at 11:47