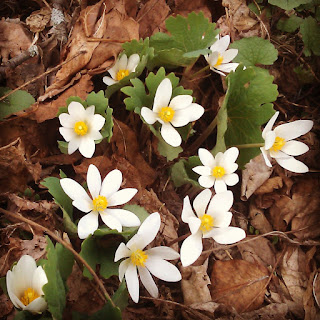 
Once a speck of dust arises, the whole great earth is embraced in it.
On a single horse and with a single lance
You enlarge the territory and widen the boundaries – that is not impossible.
Who is the person who can be master at any place and embody the principle in any karma?


[1] Going along following the heels of another.
[2] Shouldn't move earth on the head of the guardian spirit.
[3] Repairs won't be easy.
[4] Reward and punishment are distinctly clear.


On the hundred grass-tips, boundless spring --
The boundless spring on the hundred plants;
taking what's at hand, use it freely.
Picking up what comes to hand, he uses it knowingly.
Buddha's sixteen foot golden body of manifold merit
The sixteen-foot-tall golden body, a collection of virtuous qualities
spontaneously extending a hand, enters the red dust --
Casually leads him by the hand into the red dust;
within the dust he can be host
Able to be master in the dusts,
coming from another world, naturally he's a guest.
From outside creation, a guest shows up.
Wherever you are be content with your role --
Everywhere life is sufficient in its way --
dislike not those more adept than you.
No matter if one is not as clever as others.


The World Honored One, Shakyamuni, in a previous incarnation as Sumedha, offered flowers to Dipankara Buddha, 'The Lamp,' and spread his hair to cover mud so Dipankara could cross without soiling his feet. Dipankara then pointed to where the hair was spread and said, "A sanctuary should be built in this place." At that time an elder known as the foremost of the wise planted a marker in that spot and said, "The building of the sanctuary is finished." The gods scattered flowers and praised him for having wisdom while an ordinary man. The story in the present case is much the same. That elder got the beginning and took in the end. Zhaozhou picked up a blade of grass and used it as the sixteen-foot body of gold. The World Honored One pointed the way the wind was blowing; Indra brought forth what was at hand. You too can be host within the dust right now, and also come as a guest from outside creation. A community for a day abides forever.


Growth requires developing a larger vision unconstrained by our usual, limited mind, like Indra and Buddha. We all have blind spots, and we project our world view from those dark places. That projection inevitably distorts our relations with other, with the world, and with ourselves. We need to practice awareness in order to develop clarity and to perceive the difference between reality and distortions. We also need perseverance because without it we will not generate the heat necessary to melt our self-grasping ignorance. Just put aside all of your ideas, standards, and judgments, then look at the world with your larger vision and see what arises. The Bible says that your body is your temple. A piece of grass is your temple too. All dharmas in the ten directions are your body and your temple. But, as Wansong commented, "Repairs won't be easy."


It is true enough that there is just this one finger, but if that finger were suddenly to be cut off, it would not be just the finger that feels pain, but the entire body. We can therefore say that one is everything, that the entire body is exhausted in a single finger. If we pick up a grain of dust, the entire universe is contained within it. A sutra says, “Mt. Sumeru contains a poppy seed, a poppy seed contains Mt. Sumeru.” If we are still thinking of the poppy seed and Mt. Sumeru as two separate things, it is not yet the real fact. Take this light bulb here, for example. There is the light emitted by the light bulb. The light bulb and the light are one. As long as we consider the light bulb and the light emitted from it to be separate, it is not the true fact. The fact is: “The light bulb is the light, the light is the light bulb.” You must realize that each of us exhausts the entire universe, that each of us is alone and honored in the entire universe, with no one above or below us. Wherever we are, it is always dead center. So Indra is right in saying “the temple is erected.” At any time, it is the center of the universe; it is the essential world. But what’s the real temple, when we get down to brass tacks? It has to be a case of “this very mind is the Zen hall.” This is not the individual mind, but the mind of the entire universe. The temple erected in our true mind will never crumble. The one is the many and the many is the one, and wherever we are, it is heaven itself.


The World Honored One Points to the Ground
How could anybody ever find sanctuary
On this bloody, war-torn, sorrow-full broken earth?
And yet a single growing stalk or blade of grass
Can homeopathically turn whole and heal the poisoned terra.
Released; may we redeem greed, hate, and muddle.
No sacred ground, save all grounds—every speck of dirt is wholly holy holy.
Taking refuge in the triple-crowned Buddha field,
Now here, up to us, planted in the soil—Namu kie butsu, Namu kie butsu, Namu kie butsu...


Mountains, rivers, God’s green earth
Spring sanguinaria, autumn moonlight,
Lightning flashes light up the pines.
Indra would have more quickly built the temple
Had he left the grass stalk where it was.