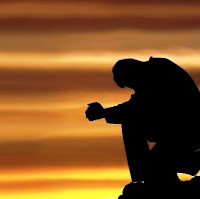 
The Diamond Sūtra (in Sanskrit, Vajracchedikā Prajñāpāramitā Sūtra) is a short (about 6,000 words in English) Mahāyāna sūtra from the Prajñāpāramitā ("Perfection of Wisdom") canon. Scholars believe the original text of the Diamond Sutra was written in India some time in the 2nd century CE. The original Sanskrit version is lost; the oldest extant version is Kumarajiva's 401 CE translation of the sutra into Chinese. Framed as a dialog between Buddha and the monk Subhuti, the Diamond Sutra emphasizes the practice of non-abiding and non-attachment.


If you take up one and let two go, you are not yet an adept; even to understand three corners when one is raised still goes against the fundamental essence. Even if you get heaven and earth to change instantly, without rejoinder from the four quarters, thunder rolling and lightning flying, clouds moving and rain rushing, overturning lakes and toppling cliffs, like a pitcher pouring, like a bowl emptying, you have still not raised up a half. Is there anyone who can turn the polar star, who can shift the axis of the earth? To test, see the Case.


Thich Nhat Hanh translation
"Furthermore, Subhuti, if a son or daughter of good family, while reciting and practicing this sutra, is disdained or slandered, his or her misdeeds committed in past lives, including those that could bring about an evil destiny, will be eradicated, and he or she will attain the fruit of the most fulfilled, awakened mind."

Red Pine translation
"Nevertheless, Subhuti, the noble son or daughter who grasps, memorizes, recites, and masters such a sutra as this and contemplates it thoroughly and explains it in detail to others will suffer their contempt, their utter contempt. And how could this be? Subhuti, the bad karma created by these beings in their past lives should result in an unfortunate rebirth. But now, by suffering such contempt, they put an end to the bad karma of their past lives and attain the enlightenment of buddhas."


Holding the jewel,
The bright pearl in the palm
Merit is rewarded.
Is awarded to the accomplished.
Free from merit,
If neither alien nor native comes,
The jewel reflects no more.
It has no skills at all.
Truly meritless,
If one has no skills,
The heavens seek in vain.
The devil loses the way.
Gautama, Gautama,
Gautama, Gautama--
Do you know the secret?
Do you recognize me or not?
"Everything lies open,"
Says Xuedou again.
"Completely exposed!"


Success and failure bound together;
Continuous, merit and fault:
cause and effect glued together.
Inextricable, cause and effect.
Outside the mirror Enyadatta crazily runs;
Outside of the mirror crazily ran Yajnadatta.
Hasoda swings the staff and the kiln is smashed.
With the staff the oven-breaker struck -- the oven fell;
The spirit comes forth to congratulate him.
The spirit came to celebrate,
Why say you've been beholden till now?
Only to be told he'd been turning away from his self.


In a previous embodiment there were consequential hindrances;
Today accepting and upholding the scripture,
Temporarily slighted and scorned by people,
It turns the serious back into light


There is something of significance here, you know; no more can be said about it.


In bringing out this passage, Xuedou breaks up the cave of scholasticism, sets for the Zen eye, and versifies the great meaning of the scripture.


When you are despised by others, for whatever reason, if you can hold on to your ordinary mind and remain unaffected by the actions of others, you are absolved of your previous transgressions.


For the evil karma to disappear you must realize that your true nature is totally empty. This is the only way. The Diamond Prajna Paramita Sutra is certainly not just the sutra written on paper. The real Diamond Sutra is your true self, your essential nature. You should constantly keep your attention on your true self and realize the emptiness of all things. Just being scorned by others would not have that much power to extinguish past evil karma. No, it is in the act of ceaselessly "reciting" the sutra of your true self every moment of the day and never straying from it. For such people it is very true that the evil karma of a former life is extinguished. If everything is totally empty, anything like sin or evil karma is also totally empty.


In fact, your practice can be said to be a means of dealing with karma and its consequences. When it's time to scream, we scream; when it is time to laugh, we laugh; when it is time to cry, we cry; when it's cold, we're cold; when you're reviled, be reviled. You have to be one with cause and effect. The principle of causation means that those who practice oneness, those that truly identify themselves with causes and effects will be released. It's as straightforward as that.


The Scorn of the Time

When heaven changes to earth,
the sky tumbles down, lakes go belly-up.
Cliffs fall over like a teapot cracking
beneath the weight of the tea.

Our own scorn smothers the history of evil.
The latest snow obscures the last.
Boiling water still melts ice.

I always turn the answers around in my fingers.
I urge you to stop before reaching the end:
You must check if the words are still emitting light.

A jewel in the palm reflects rays to the sun.
You lose it at once when it's cast in the waters,
not for friend nor for enemy,
know me or fool me,
all lies open to you.


Jean Cocteau
suffered from
a mysterious skin disease
while filming
Beauty and the Beast.
For several weeks
the loveliest of fairytales
disfigured its creator.


The people hate you, of course.
They know you for the liar, the thief, the murderer that you are.
Can you be saved? Redeemed?
Maybe. Just tell me this:
How deeply grateful are you for their hatred?