19
Book of Serenity (Shoyoroku, Congrong Lu) #5
Qingyuan and the Price of Rice 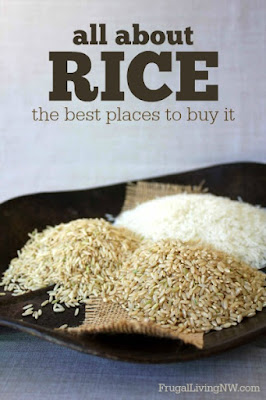 
Siddhartha cut off his flesh to give to his parents, yet is not listed in the legends of filial children. Devadatta pushed over a mountain to crush the Buddha, but did he fear the sound of sudden thunder? Having passed through the forest of thorns, and cut down the sandalwood tree, just wait till the year ends -- as of old, early spring is still cold. Where is the Buddha's body of reality? See the case.

The accomplishing work of great peace has no sign;
Peaceful governing has no special form,
The family way of the peasants is most pristine --
rustic styles are utterly plain:
Only concerned with village songs and festival drinking,
they just drink together and sing folk songs.
How would they know of the virtues of Shun or the benevolence of Yao?
Why should they care about Shun's merits or Yao's benevolence?

When that home-leaver in pursuit of the Way asked about the great meaning of our school, and Qingyuan answered about the price of rice in Luling, mind and environment were, in one instant, both annihilated.


Luling is a region of Jiangxi Province famous for high-quality rice. Qingyuan came from Luling. This story uses Luling rice as a symbol of Buddha Dharma, which is not abstract but concerns everyday life. Although rice is the most important substance, the staple food in traditional Chinese society, its price is always fluctuating.

What relationship does the price of rice have to the great meaning of Buddhism? The only way to understand is to taste it yourself. We are usually in the world of illusion. To be in the world of illusion means to be living in the world of opposition between self and other. This is an error. We are then told that the real world is the world of oneness. In order to realize that world of oneness we sit in zazen. And even though we may have come to an experience of the world of oneness, we are apt to adhere to the world of satori in the initial stages. But if we continue our practice, all traces of satori will disappear. But how is it then? Each movement is the complete expression of the true self. When we speak about the true self, it’s a matter of grasping the world of oneness. You must clearly realize on your own that the universe and you yourself are one. When you have grasped this and all trace of satori has disappeared, when you stand up there is just that standing and when you sit there is just that sitting. Each action exhausts the entire universe. When you eat there is just that eating, and that action exhausts the entire universe. There is no truth or anything else outside of you. Each of our individual actions exhausts the entire universe. There is nothing that we have to look for outside of this. To give an another example, if someone asks me what the great meaning of Buddhism is, I could say, “How much is the train fare to Tokyo.” Or: “How much does a bowl of soba (buckwheat) noodles cost?” Please take some time to appreciate this fully. I have the feeling that such teaching as given here by Qingyuan cannot be found among the patriarchs of the Linji (Rinzai) School.

Most of the time we have an over idealized perception of the path with flying boddhisatvas and great awakening feasts. We are waiting for the Disney-Buddha land show, the cosmic parade, the Barnum Dharma freak show. Rice, guys. Just food. plain food. Its price. Just that. Nothing less, nothing more. 'Go and wash your bowl.' 'The tree in the garden'. 'A shit stick.' Answers pointing at the ordinary mind. Ordinary life, ordinary activity. The nothing special you should not make special -- that's why mindfulness isn't necessary, no need for a watcher, just do and don't make a spiritual fuss about it. How not to fall into this smell, this stench of Zen? How do you get carried away by expectations and dreams? How and to what could you pay more attention? How can shopping be the unfolding of the Buddhadharma? What do we add or take away to these simple things we do in our life? How not to? How to live the uncomplicated?

When the monk questions Qingyuan, he's looking for some kind of truth that's constant, that can guide his life and give him security. But Qingyuan won't give it to him because truth has no special form; truth is not constant. Perhaps Luling is a place where rice is so abundant that it's completely free. Perhaps trying to sell rice in Luling is like selling water by the river -- who would buy it? Is the Buddhadharma like that? Everywhere you look, the land is full of golden beings, Buddhas. Or perhaps rice is so rare as to be priceless. Even with all the money in the world, it can't be purchased. Is the Buddhadharma like that? So what can we rely on prior to thinking good and evil, prior to self-evident truths and obvious lies, what is the price of rice in Luling? Keep letting go of your cherished opinions and there will surely be an unexpected realization that you can't get anywhere else.

today,
the price of rice in Luling
does not necessarily reflect its cost
all over creation
there are signs to study, indicating the price at which it’s all offered
but,
since the path of peace has no sign,
RIGHT NOW
What is its cost?

Washing his hands
in the mouth
of a famished lion
he forgot
the bowl of fragrant rice
his grandmother left for him
on a wooden table
one summer long ago.


I went down to Luling to buy a bag of rice.
I paid something for it: the essence of Buddhism, I guess.
Even though the bag proved to be empty
I have been living on that rice ever since.