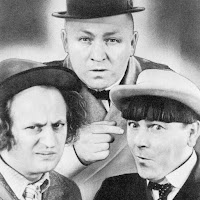 Personnel
Baizhang (720-814, 9th generation, Hongzhou) was a disciple of Mazu (709-788, 8th gen.) and the teacher of Huangbo (770-850), Wufeng (770?-?), and Guishan (771-853). Baizhang appeared as a secondary character in two of the Mazu koans. He is the primary character in seven of our cases.
Guishan became a Buddhist monk at age 15, engaging philosophical studies of Mahayana and Theravada Buddhism. Determining to study Zen, he entered Baizhang's monastery in 793 at age 23, when Baizhang was 74. Guishan together with his disciple, Yangshan (807-83, 11th gen), is the founder to the Guiyang (from GUI-shan + YANG-shan) house, one of the five great houses of Zen. At the time of this koan, Guishan was in middle life, perhaps 47 or so.
Guishan Lingyou (Isan Reiyu, 771-853, 10th gen). Go to GUISHAN L. While Guishan and Wufeng ultimately received dharma transmission from Baizhang, Yunyan did not. Yunyan (780-841) entered Baizhang's temple in 794 when he was age 13. He studied under Baizhang for 20 years and, at Baizhang's death in 814, went to study with Yaoshan (751-834, 9th gen, Hunan), from who he eventually received dharma transmission.
BCR #70, #71, and #72, all feature Baizhang asking, "How does one speak with one's lips and throat closed?" #70 gives Guishan's reply; #71 gives Wufeng's reply; #72 gives Yunyan's reply.

Case
Guishan, Wufeng, Yunyan were all attending upon Baizhang.
Baizhang asked Guishan, "How does one speak with one's lips and throat closed?"
Guishan said, "I'd rather have you speak, Master."
Baizhang said, "I might as well speak to you, but then, I would lose my Dharma descendants."

Yuanwu's Preface
A word is sufficient to the wise, as a flick of the whip is to a fine horse. One eon, one nen. One nen, one eon. What is immediacy? It is prior to words. Tell me, how do you attain to it? See the case.

Xuedou's Verse
He asks the teacher to speak instead;
Sprouting horns, the tiger emerges from the wild weeds.
On the ten continents, flowers fade and fall when spring ends;
Over the coral forest, the sun is dazzling bright.

Yuanwu's Comment
Teachers of our school use the forest of brambles to test people. Those who can adapt successfully, they have waves which go against the current, they have a single road right in the question. They don't cut their hands blundering against its sharp point.
"Guishan said, 'Please, Teacher, you speak instead.'" Here Guishan was like sparks struck from stone, like a flash of lightning: pressing back against Baizhang's question, he answered immediately. He had his own way to get himself out, without wasting the slightest effort.
"Baizhang said, 'I don't refuse to speak to you, but I fear that (if I did) in the future I would be bereft of descendants.'" Whenever teachers of our school help people, they pull out nails and extract pegs. Right here is the one path of Baizhang's living potential, towering up like a thousand-fathom wall, interchanging guest and host, leaping with life.

Hakuin's Comment
"Guishan said, 'I ask you to speak instead, Teacher.'" Since the teacher is the teacher, the disciple is the disciple; let the teacher speak without concern for others. A filial son does not use his father's money.
"I'm afraid that afterward I'd be bereft of descendents." No doubt about it, there's a reason he cannot say.

Tenkei's Comment
"I ask you to speak instead, Teacher." This is Guishan's way of turning around. Bravo!A sharp move, worthy of a commander of a whole region. Like a tiger with horns, he is hard to get close to, standing like a wall a mile high.
"It's not that I refuse" If one sweeps away too much, there won't be any descendants, says Baizhang, divulging quite a bit. This is his spin for the sake of others. This is also called a half-agreeing and half-disagreeing answer.

Sekida's Comment
How do you demonstrate the immediate truth? If you really become the immediate truth itself, it will be easy for you to do so quite freely in ordinary daily life. Saying "Good morning" or sitting down will demonstrate it. Whether you open your mouth or not makes little difference. Guishan turns the tables on his teacher. Baizhang's concluding line shows that the answer lies in the question. The question tells us that the immediate truth is beyond words. Baizhang says that if he were to talk too much about this is would spoil his students.

Yamada's Comment
Common sense tells us it is impossible to say something while keeping our mouths completely closed. How could we possibly do such a thing? But if you have realized your true self it is not the least bit difficult. There are countless koans of this sort. For example, in the Miscellaneous Koans there is the one which asks, “How is it that the man of great strength is unable to lift his leg?” For people who have no knowledge of it, Zen often seems to be speaking in annoying riddles. But if you have truly grasped your true self, it is certainly not nonsense. When we speak, our mouth is moving, to be sure. But from the standpoint of the essential, the world of emptiness, the mouth does not move a fraction of an inch. How can there be any movement when there is nothing at all that can move? It is only when we see that world that this koan becomes understandable. To walk without lifting a foot. Can you do this? You should have at least an intellectual understanding if you’ve been listening so far. Guishan responds with calm dignity to Baizhang: “Rather, I ask you, Master, to say something.” Guishan is not the least bit surprised or perturbed. But you must also realize that this reply itself is “saying something without moving throat, mouth and lips.” Baizhang then responds in calm, collected manner: “I do not refuse to say something to you, but I fear that afterward I will lose my descendants.” This too is “saying something without moving throat, mouth and lips.” Actually this is true about anything he or anyone says. But the words will reveal whether that person has truly realized or not. The perfect and complete essential world must, as a necessity, make itself totally apparent in the phenomenal world. This is what our practice is all about. The first one to have achieved this is the Buddha. A Buddha is one who has completely revealed the perfect and essential world in the phenomenal.

Rothenberg's Verse
Refusing to Speak
One crack of the whip
One thought --
ten thousand years
How will you speak with your mind and mouth shut?
Eons of silence; I have lost my descendants.
On all continents Spring soon will end.
The sun shines through the sea on the forest of coral.
Razor-sharp blossoms, color down deep.
The blue below surface,
through calm beneath waves.

Hotetsu's Verse
An action (speaking, say)
Doesn't come from a decision (to open the lips, say)
It doesn't come from anywhere, it's just suddenly (there, say)
One ex nihilo universe after another, all day long. Say!
Posted by Meredith Garmon at 17:47