Personnel
Pangyun ("Layman Pang," 740-808, 9th generation, Hongzhou) was another of Mazu's (709-788, 8th gen.) disciples. Before Mazu, Layman Pang had studied with Shitou (700-790, 8th gen., Hunan). Layman Pang, as Vimalakirti did during Shakyamuni Buddha's time, exemplified the potential for a non-monastic to live a deeply Buddhist life. Pang was a successful merchant with a wife, son, and daughter. The family's wealth allowed them to devote their time to study of the Buddhist sūtras, in which they all became well-versed. After Mazu and Shitou had both died, Pang studied and practiced with Shitou's disciple, Yaoshan (751-834, 9th gen.) (Yaoshan, in turn, was the teacher of Yunyan [780-841, 10th gen.], whom we met in BCR #72].) The case occurs as Pang was leaving Yaoshan to travel around and perhaps settle elsewhere. 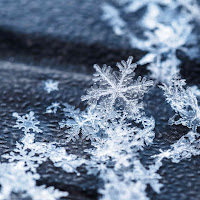 Case
Layman Pang was leaving Yaoshan. Yaoshan ordered ten of his Zen students to see Pang off at the temple gate. Pang pointed to the falling snow in the air and said, "Beautiful snow-flakes! -- they don't fall on any other place."
At that time there was a student named Zen, who said, "Where then do they fall?"
Pang gave him a slap.
Zen said, "Layman Pang, don't be so rough."
Pang said, "If you name yourself Zen student in such a condition, Old En [the fearful judge at the entrance of the realm of the dead] will never release you!"
Zen said, "What then would you say, Layman Pang?"
Pang slapped him again and said, "You look, but you are like a blind man; you speak, but you are like a deaf-mute."
(Xuedou added his comment, "Why didn't you, [Student Zen], hit him with a snowball in place of your first question?")

Yuanwu's Preface
He talks independently, acts independently; and he trudges through the mire for the sake of others. He talks with others, acts with others; and he stands alone, like silver mountains and iron cliffs. If you doubt and hesitate, you will be a ghost haunting a skull. If you stop to think, you will fall into hell. Don't you see the bright sun shining in the sky and feel the cool breeze blowing across the face of the earth? Was any of the great ones of ancient times like this? See the case.

Xuedou's Verse
Hit him with a snowball, hit him with a ball!
Even the best will fail to reply.
Neither heaven nor earth knows what to do;
Eyes and ears are blocked with snow.
Transcendent serenity and purity!
Even the blue-eyed old monk [Bodhidharma] can't explain.

Librarian Qing's Comment
"I just would have made a snowball and hit him with it." The Layman's mind is like a lightning bolt. If we waited for you to grab a snowball, how long would it take? Only if you hit him while he's still speaking can you cut him off completely.

Yuanwu's Comment
"Where do they fall?" It was not that he didn't know what Pang was getting at. They each had a point to their activity, but their rolling up and rolling out were not the same. Even so, in some respects he didn't come up to the Layman. That is why he fell into his trap and found it difficult to get out of the Layman's range.

Hakuin's Comment
"Fine snowflakes; they don't fall elsewhere." No one can see this saying clearly. "I'd have made a snowball and struck." This is Xuedou's fearsome pit of black fire; if you can see fully, you will see through the hearts of Layman Pang and Xuedou both.

Tenkei's Comment
"Where do they fall?" This challenge was most appropriate in that situation, but he had nothing beyond convention to follow the layman.

Sekida's Comment
"Beautiful snowflakes, one by one; but they fall nowhere else." Heaven and earth became one.

Yamada's Comment
Yaoshan ordered ten of his best students to accompany Layman Pang to the gate. That was his way of paying highest respects to the Layman. "Beautiful snowflakes! They don't fall on any other place." This second statement seems like a riddle at first glance. Some commentators say this additional comment was superfluous. Actually it's a hook to fish up unwary Zen students! Among the escorts was a monk named Zen who fell for Layman Pang's trap hook, line and sinker! "Where do they fall?" Pang gave him a slap -- as if to say, "Right here!" But monk Zen still did not understand. "You have eyes but it's like you're blind; you have a mouth but it's like you are dumb." This is a checking point in this koan. Layman Pang seems to be scolding the monk severely, accusing him of being blind and dumb to the true reality. At the same time we must see this as a direct response to Monk Zen's query, "How about you Layman Pang?" Here Layman Pang is presenting his own state of consciousness where precisely in seeing there is no seeing, precisely in speaking there is no speaking. The Japanese philosopher Nishida Kitaro expressed it as follows: "Seeing in which there is no seer is true seeing." This is the same as having eyes and being blind. In the end, however, there is no way open to us other than to experience it and appreciate it for ourselves. To see with the eye of discriminating consciousness is not true blindness. To speak with the words of discriminating consciousness is not true dumbness. Only those who have realized great enlightenment can be called truly blind. This is true blindness where precisely in seeing there is no seeing. This is like Baizhang's statement in BCR #70-72: "Try saying something without moving your lips and tongue." This becomes transparent when we have at last grasped the true world. It is a matter of revealing this state of consciousness in personal experience. That means there are two possible ways of looking at Layman Pang's answer. In one sense he is replying to the question of Monk Zen. In another sense he is scolding him for his lack of insight. "At the first words, I would only have hit him with a snowball!" "If there is even the slightest intention you cannot save yourself!" If there is even the slightest bit of an attempt to do something, it is completely wrong. When Layman Pang said, "Beautiful snow-flakes! They don't fall on any other place," there was not the slightest intention. For example, when children have a snowball fight, are they thinking all sorts of things? Of course not. When they throw a snowball, they just throw it. This is how we have to see this koan.

Rothenberg's Verse
Perfect Snowflakes
An inaudible wind circles the entire earth.
The snowflakes fall nowhere but here.
Who does not call the many things his companions?
You roll in the snow, you roll the snow in a ball.
You throw the snowball and wait for it to be caught.
The snowball hits its mark!
Clean eyes, clean ears
Chop wood, carry water
the snow is falling, faintly through the universe
it belongs right here
and it makes the place look, in the end, like any other.