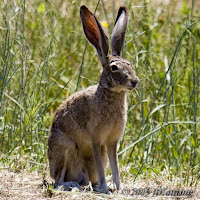 The purity of 'A causes B' is rare. Singling out one thing to call "cause" and another thing to call "effect" over-simplifies the reality: everything causes everything else; each thing's origination depends on all other things. This is called "interdependent co-arising" or "mutually dependent arising." How is this spiritually relevant?


When Raven was living near Jackrabbit Roshi, she visited him frequently to inquire about the Way.
One day she asked, "I hear that Buddha Macaw looked up from the branch of her Jobo tree and saw the morning star and announced her realization. I get the feeling that something is missing from the story. What happened when she saw the star?"
Jackrabbit laid back his ears, closed his eyes, and said, "She realized the truth of mutually dependent arising."
"Well," thought Raven, "Jackrabbit Roshi seems to know his Buddhism, but maybe I'm not a Buddhist."


Jackrabbit knows about the chase,
And cuts right to it.
But that wasn't Raven's way in.
Everything is because everything else is, and vice-versa.
So what else could Raven do?