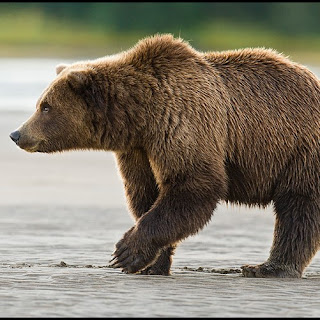 Raven went to see Brown Bear Roshi.
Announcing herself, she stood and waited outside the den. Brown Bear eventually emerged and squatted silently on her haunches. Raven said, "I hear that Buddha Macaw looked up from the branch of her Jobo tree and saw the morning star and announced her realization. I get the feeling that something is missing from the story. When I asked Jackrabbit Roshi what happened when Buddha Macaw saw the morning star, he said, 'She realized the truth of mutually dependent arising.' When I asked Prairie Dog Roshi, she said, 'She realized the underlying fact of oneness.' Then Moose Roshi said, 'Delicious waterweed.' What do you say? What happened when she saw the star?"
Brown Bear made a strange sound, and Raven couldn't tell whether it was a chuckle or a growl. Finally the Roshi spoke. "Something's still missing," she said. Raven waited respectfully, but Brown Bear remained silent.
"Well," thought Raven, "Brown Bear Roshi seems to know about something. Maybe I should stick around for instruction."

A tiny portion of the rain fills up a few water barrels.
A larger portion carves out the deep canyons.
The teacher does not fill your lack
But arrives to be with you in absence.