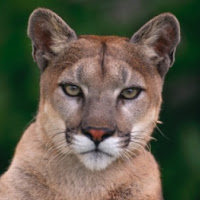 P.G. Wodehouse's series of Jeeves novels revolved around genteel country estates and comedic romances engendered by the propinquity (nearness, proximity) of those staying under one roof for a significant time. Right Ho, Jeeves (1934), includes this conversation between Bertie and Jeeves, his butler:


“What do you call it when two people of opposite sexes are bunged together in close association in a secluded spot meeting each other every day and seeing a lot of each other?”
“Is ‘propinquity’ the word you wish, sir?”
“It is. I stake everything on propinquity, Jeeves.”

Twenty-two years later, Ian Fleming's Diamonds Are Forever (1956) includes a character telling James Bond, "Nothing Propinks Like Propinquity." This expression became an oft-used aphorism of diplomat George Ball (US Ambassador to the UN during the Johnson administration), and was later dubbed the Ball Rule of Power.
We become what/who we are near. We become our habits and those we hang around. The little irritants are our great chance. Is not everything staked on propinquity?


The same evening that Gray Wolf appeared was also Cougar's first time at Tallspruce circle. Mole stayed underground throughout the zazen period that day, but poked his nose out for the discussion of karma.
After Raven's final response to Gray Wolf, Cougar asked, "Then is karma just cause and effect?"
Raven said, "Propinquity propinks."
Couger shook his head vigorously and said, "Sometimes it makes me irritated."
Raven said, "Your great chance."

Posted by Meredith Garmon at 17:20