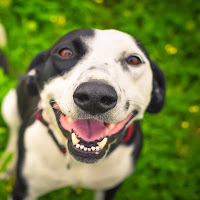 
A gourd floating on the water -- push it down and it turns: a jewel in the sunlight -- it has no definite shape. It cannot be attained by mindlessness, nor known by mindfulness. Immeasurably great people are turned about in the stream of words -- is there anyone who can escape?


[1] He blocks the alley chasing a clod of earth.
[2] Yet it's never been added.
[3] Checking once, he beckons, coming out with what pertains to himself.
[4] Don't assume he's not talking about you.
[5] Born of the same mother.
[6] Yet it's never been removed.
[7] Stupid dog chases a hawk.
[8] The foregoing is like before in every way -- he settles the case on the basis of the facts.


A dog's Buddha Nature, yes;
a dog's Buddha Nature, no.
A dog's buddha-nature exists, a dog's buddha-nature doe not exist;
From the first a straight hook seeks fish with abandon.
A straight hook basically seeks fish who turn away from life.
Chasing the spirit, seking the fragrance -- a could and water guest.
Chasing the air, pursuing fragrance, cloud and water travelers --
Pattering and chattering to make debates and excuses,
In noisy confusion they make excuses and explanations.
it is evenly revealed, grandly displayed;
Making an even presentation, he throws the shop wide open;
don't worry that he is not careful at the start.
Don't blame him for not being careful in the beginning --
Pointing to the fault, he snatched the jewel away;
Pointing out the flaw, he takes away the jewel;
King Shin did not know Shojo Rin.
The king of Chin didn't know Lian Xiangru.

Background Tale for the Verse (Wansong)


According to the Historical Records, King Hui of Zhao got the jewel of the Ho clan of Chin and offered it to King Zhao of Chin in exchange for fifteen cities. Lian Xiangru conveyed the proffered jewel; the king of Chin joyfully showed it in turn to his beauties and attendants -- all around him cried, "Long live the king!" Xiangru saw that the king had no intention of ceding his cities, so he came forward and said, "The jewel has a flaw -- let me show you." The king handed over the jewel to him. Xiangru took it, got up, and butted his head with it against a pillar and said, "The king of Zhao fasted for five days before he bade me, his minister, to present the jewel and deliver his letter to this court, adorning the majesty of your great nation to practice respect. Now I see your majesty's manners are quite haughty -- when you got the jewel you turned it over to show your favorites, as though making sport of me, with no intention of ceding the cities. Therefore I have taken the jewel back -- if you try to press me, my head and the jewel will both smash on the pillar!" The king apologized, drew a map and partitioned off the cities; he also fasted for five days. Xiangru had one of his company hide the jewel in his sleeve and head right back to Zhao.


If you say that to say 'yes' or 'no' is just a temporary response spoken according to the situation, in each there is some reason. That is why it is said that someone with clear eyes has no nest. Zhaozhou said 'yes', using poison to get rid of poison, using sickness to cure sickness. This monk also said, "Since it has, why is it then in this skin bag?" He didn't realize he himself had been born in the belly of a dog. The second monk judged the fundamental way on the basis of words: "All beings have buddha-nature; why doesn't a dog have it?" Thus challenged, I dare say that even the hand that can move the North Star has no way to turn around, but Zhaozhou answered sincerely with this "Because he still has impulsive consciousness." Now you tell me -- did thismonk have blood under his skin after all?


What kind of dog is it that offends on purpose with full knowledge? In Zen, the most offensive thing is to be delucded. All suffering arises from our ignorance and delusion. The point of our practice is to shine light in all our ignorant dark places in order to see them clearly and dispel delusion in order to liberate all sentient beings. If we dump snow into the well, it melts in the water in the well and is swept away in the underground aquifer. You can never fill the well with snow no matter how hard you try. That is why knowingly it purposely offends. Purposely offending can also be called "delusion within delusion." Since there is no one to save and no one to do the saving, we delude ourselves twice when we vow to save all beings. Dogen says, "Without the discriminating mind, we cannot awaken to bodhi mind." That discriminating mind is the very vehicle that allows us to raise the bodhi mind. So, if we don't reject that, but just accept it, that is elevating the bodhi mind. The bodhi mind is always present. It just needs to be revealed. When we realize who we are, everything is as it is! If we see the dog clearly, he is the great bodhisattva coming to liberate each one of us. Zhaozhou's second answer: That "no" wipes away everything. When Buddha Nature is Buddha Nature, there is no self, no other, and no karma. When the dog is the dog, we can see its karma in action. If you say it's Mu, I say it's Wu. If you say it's Wu, I say it's Mu. If you say nothing, then you defy the fact. If you say something, then you don't perceive it. So, does a dog have Buddha Nature or not?


The Mu that appears in Case One of the Gateless Gate is given to realize, through the practice of Mu, the world of Mu, the world of not one thing, emptiness. It is empty and thus one. That is the world of not one thing. But, as we know: "Where there is not a single thing there is the inexhaustible storehouse. /There are the flowers, there is the moon, and there is the tower." In other words, the phenomenal world is clearly revealed. That is the world of “U” or “having.” In this case, it means the entire universe, including Mu, perhaps. There is not a single thing outside this “U”. Everything is “U” (having).
The monk took this as meaning that a dog “has” Buddha-nature, so he asked, why is he in the form of a hairy dog, while having such an august thing as Buddha-nature? The monk is viewing this “have” (U) as something in contrast to “not having” (Mu).
Seen from one standpoint, there is the entire phenomenal world. Seen from another, the content is empty. Zhaozhou replies, “Because he committed himself intentionally.” He says that the dog, because he somehow committed it intentionally became a dog. He is explaining things to the monk, as in the form of Buddhist doctrinal principles. But I’m wondering if there could ever be a case of a dog doing something while being aware that it would be a sin to do so! Such a notion does not go down well with me. The real problem is how to handle this part of the koan. It’s something like the dodoitsu (a form of Japanese limerick) known to most Japanese: "All the while knowing that acting like that would end up like that, I acted like that and it ended up like that!"
Another way of expressing the spirit of the koan would be: “He’s actually having a great time as a dog.” This would be closer to the overall spirit. Even closer would be the words themselves in Chinese reading order, just that sound: chi-niko-bon. Just that. If you consider it to be the workings of Buddha-nature, it’s still somewhat indirect and not so interesting. You must see it as Buddha-nature itself.
Later, Zhaozhou says, “Mu.” (He has not). This is like the gourd on the water’s surface in Wansong's Preface. Why does he react in this way? Because the monk is presenting him with concepts of “all sentient beings have Buddha-nature.” Zhaozhou is stealing away the concept. Why doesn’t the dog have Buddhanature? The monk is still seeing karmic consciousness and Buddha nature as two separate entities. That’s why he doesn’t understand the real matter. It will not do to see karmic consciousness and Buddha-nature as two different things. At any rate, speaking in Buddhist terms we could say that if we use the words that all things are Buddha-nature, then all things are Buddha nature. If you still think that there is something remaining in opposition to that, you are still lost in delusive thoughts.
There are two matters that appear in this koan: “Because he committed himself intentionally.” “Because of his inherent karma.” The line in the Preface, “the great person beyond measure turns it around in the syntax,” is talking about the same thing.

It spreads throughout having and not-having
Touching springs of red life
Tiles, reeds, faces, clouds – all resonate
With one toll of the bell

A boneless bone
lies outside
the gateless gate.
Zhaozhou's dog
must have let it there.
What a bad dog!
Philosophers gather
inside a thimble.


I smile at your joke, or giggle;
Rebuff your criticism, or make penitent resolutions;
Let sadness in the back door,
or anger out the front;
Brush my teeth, scratch an itch,
Respond curtly, become pensive.
In each of these:
Am I expressing absolute liberation?
Or reactive habit?
If there is no difference,
Practice is a waste of time.
If there is no difference,
Practice has born fruit.

Posted by Meredith Garmon at 22:15