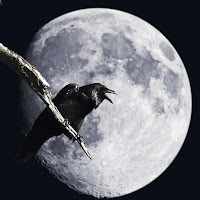 You have fires of passion and desire. Spiritual growth is not about putting out your fire. It's about building a fire ring, and maybe a bank of earth to protect your fire from too much wind. Containment doesn't put your fire out, but sustains it, protects it from burning out of control and burning itself out. The moon of enlightenment is at the center of everything about you.


The boundless inhabits, accepts bounds --
Seeps out, becomes boundless.
Love takes to the containment of a heart
So as to beat out its uncontainability.
Thus the thingness of things arrives already gone.

Posted by Meredith Garmon at 14:26