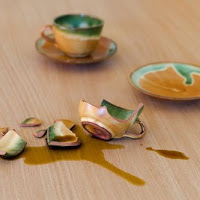 
The lower do not discuss the higher; the humble do not move the dignified.
Even if one rules over oneself and follows the others,
One should not burden the heavy by the light.
When the four elements* are not in order, how would one attend and serve?

*The four principle elements are “earth, water, fire, and wind.” That the four elements are not in order means one is ill. -Sato


Wansong:
[3] Go ahead and explain away.
[4] He emphatically makes a point of it.
[5] Current worldly convention.
[6] A meeting of the fundamental lot.
[7] What eye has he to see?
[8] It's just that he doesn't agree to investigate the temporary.

Loori:
[1] He will inevitably drag everyone into it
[2] There is an echo in this monastic's words. He wants to test the old man..
[3] How will he explain this away?
[4] Without a second's hesitation, he walks into the monastic's belly.
[5] This seems like a reasonable proposition, but the monastic confuses reason with reality.
[6] When the dharma wheel turns, it always goes in both directions.
[7] This monastic still has not seen Dongshan.
[8] This is where everyday practice empowers in time of need. But say, where did the sick self go?


Sloughing off a stinking skin-bag,[8] churning a read heap of flesh.
Taking off the smelly skin bag,
Casting away the mass of red flesh;
Before you you the nose is straight, right now the skull is dried.
Directly, the nose is straight,
Immediately, the skull is dry.
The old doctor[9] doesn't see previous ailments;
The old doctor doesn't see the indigestion from before --
the little one's[10] seen, but it's difficult to approach.
The little one looks in on him, but it's hard to approach.
When the field's water drains, autumn's wet recedes;
When the meadow streams are thin, the autumn ponds recede;
when the white clouds dissipate,the old mountain is chilled.
Where the white clouds end, the old mountains are cold.
Stop and eradicate; don't deceive and cheat.
You must cut off absolutely,
Don't be big-headed.
Using nonaccomplishment inexhaustively,[11] he gains the rank
Evolving to the utmost effortlessness, he attains to the state;
Exalted tree-top: you're not in the same class.
The lone stand-out is not in the same class as you.

Continuation of the Case (Ferguson)


Dongshan then said to the monks, "When you leave the skin bag you inhabit, where will you go and see me again?"
The monks didn't answer. Dongshan then recited a verse:


Students as numerous as sands in the Ganges but none are awakened.
They err by searching for the path in another person's mouth.
If you wish to forget form and not leave any traces,
Wholeheartedly strive to walk in emptiness.

Dongshan then had his attendants help him shave his head, bathe, and get dressed. He then had the bell rung to summon the monks so that he could bid them farewell. He appeared to have passed away and the monks began wailing piteously without letup.
Suddenly Dongshan opened his eyes and said to them, "Homeless monks aren't attached to things. That is their authentic practice. Why lament an arduous life and pitiful death?"
Dongshan then instructed the temple director to organize a "delusion banquet." The monks' adoration for Dongshan was unending.
Seven days later the food was prepared. Dongshan had a final meal with the congregation.
He then said, "Don't make a big deal about it. When I pass away, don't go carrying on about it."
Dongshan then returned to his room, and, sitting upright, passed away.


If you figure it by conventional feelings, the one who isn't sick should look after the one who's sick. "When I watch over him, I do not see that he has any illness." This is where everyday practice empowers you when you're dying.


"Is there anyone who does not become ill?” The monk is asking in effect, if there is someone in Dongshan who does not become ill. He is talking about the phenomenal self and the essential self. The essential self is found by examining your own mind and arriving at the place where there is not a single thing. We would speak in terms of total emptiness. You realize this as your true self. You also realize that the essential self and phenomenal self are completely one. The purpose of practicing Zen is to experientially grasp that empty self. You could say that we find here the essence of Buddhism. “Does the one who does not get ill take care of Your Reverence?” The monk is asking: Does your essential self, who never becomes sick, take care of your self, who is now sick?


“Then the old monk does not see that there is illness.” It’s not Zen-speak for “every cloud has a silver lining.” There is illness and there is health. But our usually rigid way of defining these conditions and holding them in opposition to each other is too narrow. The point is to be careful about our rigid categories. We use these categories of good and bad to organize our lives, averting from what we might call “illness” and wishing only for health, or medicine. While no one yearns to be sick, the fact is that illness can be a great teacher. Attachment to health and dread of illness can both be imprisoning. Our usual frame of reference is a complex web of such dualities comprised of what we like and want and what we don’t, and our activity in the world and in the privacy of our own minds is seeking and trying to hold on to the former and avoiding and eliminating the latter. In zazen, we have an open door policy allowing whatever arises to arise. We just notice and let it go. One minute, we’re the one who is ill. The next minute, we’re the one who is not. We’re not fighting with what arises and insisting on things being a certain way. And when we really stop fighting, we discover a kind of freedom. This is a taste of the freedom Dongshan is referring to. Illness and health are unified and harmonized as the whole of our life. Because in every moment, there’s simultaneously one who is ill (and unhappy, unskillful, lonely, etc) and one who’s not and transcending duality in practice doesn’t mean abiding in Neverneverland. We abide in this actual world of mass shootings and cancer and bank failures, and we live in this world of the absolute all at once. They’re the same world. We’re in bed with the flu and learning to be the old monk who also doesn’t see that there is illness. This is both our work and our refuge.


It is only when we accept that we are all in this together, that the one who is sick and the one who is not sick are really and have always been together, then we can help. When we accept that we are both of these people, and we are willing to go there with the person, then we can help. Although you might be in bed now, and I'm not in bed, very quickly I will be in bed, and someone else will not be in bed, ministering to me. This is what we do for each other. This is what we have always done for each other, through the generations. We are sick and well together. This is our human life. Your illness is an offering to me. My illness is an offering to you. Sometimes it is hard for us to give and receive these gifts. We think, "Oh, I'm fine. I don't want to be a burden to anybody. It's fine." We need to understand that our illness is an offering to others. When we receive the gift of taking care of someone, or when we give the gift of allowing someone to take care of us, we are also taking care of ourselves. Everyone gets taken care of, because we are being together in loving-kindness, in the midst of this intense and poignant situation that we have always been together in. From that place, we can be together and help each other out in whatever way is possible.


Because of the illness of all sentient beings, Vimalakirti is sick. Daowu's attending the sick, Mazu's "sun-faced Buddha, moon-faced Buddha," and Yunmen's medicine and sickness are the activities of adepts of our school acting in accord with the imperative. Sometimes they compound medicine to heal the sickness. At other times they manifest illness to heal the medicine. You should understand that the ten thousand hands and eyes of great compassion are deaf, dumb, and blind. This great earth and all of its multiplicity of forms, up to and including you and me, are at once medicine. At such a time, where to you find your self?


Rather than heal the body, heal the mind.
When the mind is at peace, the body is at ease.
When body and mind are both free,
the dragon roars in the withered tree.

when the practice is so vast
that the sick guy tends to the one who is not ill,
the bloodline waters the ground
beneath
the dead tree in which the dragon howls

Still
Having
Joy
we are prepared to die with dignity

My rock skull
resting in the water.
My chipped vertebrae
reflected on the surface.
No one falls ill
in these mountains.
Only an ice-cold river
flowing on and on.


"There is no way to escape having ill health." (Upajjhatthana Sutta: Anguttara Nikaya 5.57)

No escape, Papillon.
Not from this Devil's Island.
All your cleverness, resolve, and luck
Only shuffles your grimy skin
A meter or two within your cell.

No escape: the key to freedom.
The fox feeds on rabbit,
Then the rabbit feeds on fox.