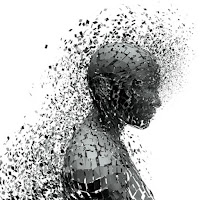 
A monk asked Dongshan, “Among the three bodies,[1] which one does not fall into any category?”[2]
Dongshan said, “As to this, I always take heed."[3]

[1]The three bodies are: Dharmakaya (Dharma-body; reality body), Sambhogakaya (body of reward; bliss body), Nirmanakaya (accommodated body; action body; body of transformation).
[2]"Which one does not fall into any category?" is also the Cleary translation. Sato gives "what body does not degenerate into numbers?" with a note that “'degenerate into numbers' means to get trapped in numbers (more concretely, the three sections of 'six roots [=sense organs], six functions, six areas', the seven elements of 'earth, water, fire, wind, etc.' and so on)." Loori gives "which one expounds the dharma?"
[3]Or: "I am always close to this." (Cleary); “I am always most keenly with it” (Sato); "I am always intimate with this" (Loori).


Later a monastic asked Caoshan, "Dongshan said, 'I am always intimate with this.' What does it mean?"[4]
Caoshan said, "If you need a head, chop my head off and take it with you."[5]
Also, a monastic asked Xuefeng about this. Xuefeng suddenly hit the monastic with his staff[6] and said, "I have also been to Dongshan."[7

Loori:
[2] Show me one of the three bodies and I will tell you.
[3] What is this? Is it one, two, or three?
[4] You have come to the wrong place to find a meaning.
[5] Which part expounds the dharma, the head or the body?
[6] Finally, all the extra is stripped away. You can always count on Xuefeng to get to the heart of the matter.
[7] In the heat of the kitchen he obtained Dongshan's dharma.


Not entering the world, not conforming to externals.
Not entering the world,
Not following conditions;
There's a family secret in the kalpa jar and empty place.
In the emptiness of the pot of ages there's a family tradition.
White duck week, faint breeze, autumn river's dusk.
White duckweeds, breeze gentle -- evening on an autumn river;
Ancient bank, boat returning, a belt of mist.
An ancient embankment, the boat returns -- a single stretch of haze.


This closeness is heartrending if you search outside;
Why does ultimate familiarity seem like enmity?
From beginning to end, the whole face has no color or shape,
Still your head is asked for by Caoshan


There's an analogy from medicine that illustrates the relationship between the three bodies. The dharmakaya is medical knowledge, the sambhogakaya is the education that a doctor receives through which she realized the knowledge of the dharmakaya, and the nirmanakaya is the act of utilizing this training to heal people. Dharmakaya: wisdom. Sambhogakaya: realization of wisdom. Nirmanakaya: utilization of wisdom. Which body doesn't fall into any category? These categories are all just ways of talking about things. Ultimately there are no three bodies of the Buddha. They are not three things, but rather just three different views of the same reality. And yet each one of them is a complete representation of the unified whole. To divide reality into three, and then to ask which one doesn't fall into any category, is grasping at straws to begin with. "I always take heed." What's that always? It doesn't mean that I take heed when I feel good. It doesn't mean I take heed when I have had enough sleep. It doesn't mean I take heed when I feel like it. It means always! It's incredible. Everything that we do, everything that we say, everything that we think has consequnces -- pay heed! When you act, take heed. When you speak, take heed. When you think, take heed. Don't seek it anywhere else.


To speak about the “three bodies” is to divide our true self into three aspects. The first is Vairocana Buddha or the Buddha of the Dharma Body, our own true self. The second aspect is the Buddha of the Reward Body. As a result of practicing our very best we are rewarded and become Buddha. There is also the Buddha of the Retribution Body. “What body does not degenerate into numbers?” In other words, what is the most essential, basic Buddha that can never be divided into three? If you are thinking about which would be the most essential one, so that there is a person who is thinking that and Buddha, it becomes a duality. Dongshan is saying that he is always one with that most essential Buddha that never falls into numbers. You might then assume that there is Dongshan and the Buddha that he is intimate with, which might be due to the way of expression. It might be better to say that he is that true Buddha itself. If the world of oneness is clear, in order to come to a grasp of it, you have to first realize the world of zero. But that would remain a concept. The true fact is always one. When you have realized the world of zero, you realize for the first time that all is one. From the phenomenal point of view my hands are two. But if you clearly realize life in direct experience, you realize that the left and right hand are both living the same single life. Your true self is like a perfectly polished mirror, where there is no movement at all. The mirror reflects accurately whatever comes before it. Although all sorts of things are reflected in it, it makes no scratch on the mirror of your mind. After all, it does not move at all. “I am always most intimate with it.” In other words, he is that mirror itself, the mirror of oneness and no duality.


This monastic questioning Dongshan wants to break up the truth of the universe into fragments and segments. The old masater holds up intimacy for him to see. Later this became a sticking point for Zen monastics all over China. Caoshan offers his head to make the same point, but it does not seem to settle the matter. Another monastic, bringing it up with Xuefeng, feels the sting of his staff. Dongshan plays a tune that few can hear; Caoshan hearing it know how to dance to it, and Xuefeng, seeing it all come down, claps out the beat. Can you hear them? Although it's in three-part harmony, it is in reality just one thing. See into it here and you too will be able to join in and make it a quartet.


The old master's intimacy is indeed touching.
But until you know the skin of your own face,
you will never know it,
and yet, you cannot avoid it.

Not entering the world - pure through and through. Where is the technique to help people?
Not following conditions - you should know there is one who is not busy.
In the emptiness of the pot of ages - from an empty pot how can we satisfy hunger? It is always thus.
There’s a family tradition - are we born into it or do we marry into it?
White duckweeds, breeze gentle - swaying so peaceful. The answer my friend is blowing in the wind. Is this a breeze that follows conditions?
Evening on an autumn river - day’s end, year’s end; such sweet sorrow, the unique breeze of reality.
An ancient embankment the boat returns - the other shore is so familiar. The weary boatman gladly poles the barge upriver again.
A single stretch of haze - feet on the shore, head in the clouds, the solitary embankment evaporates, too. An exhale on a chill autumn morning reaches out to greet the next of kin.

There are eyes
at the back of a cave
watching the horizon,
and ears in a rock pool
listening to the flicker
of shrimps
and the click-click
of sea urchins.