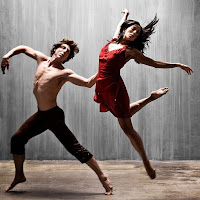 
Even as you call it 'thus,' it's already changed.
Where knowledge doesn't reach, avoid speaking of it.
Here, is there any investigating or not?

Loori:
[1] He's going to try out this old fellow. The mountain's peace is sure to be disrupted.
[2] This monastic must be a family member. All of Yantou's successors seem to have the same sickness.
[3] He doesn't make a fuss. He just sees the target and releases an arrow.
[4] Not satisfied with pulling the tiger's tail, he climbs into its mouth.
[5] After all, he really can't say. Yet Yantou always extends his head willingly.
[6] Duh! He'll inevitably end up in the forest of brambles.
[7] What will he say? It can't be explained.
[8] Seeing a fire, he builds a fire.
[9] Medicine and sickness always heal each other.


Perfect jewel without flaw: a great gemstone needs no polish.
The round pearl has no hollows,
The great raw gem isn't polished.
Where the person of the Way is praiseworthy, she has no sharp edges.
What is esteemed by people of the Way is having no edges.[10]
When the path of agreement is forgotten, senses and dust are empty.
Removing the road of agreement, senses and matter are empty:
Liberated body without dependence. Alive and frisky!
The free body, resting on nothing, stands out unique and alive.


A monk from Jiashan's community went to Shishuang. As soon as he entered, he said, "How are you?"
Shishuang said "Don't need you."
The monk said, "If so, then farewell."
He also went to Yantou and did as before.
Yantou then puffed twice.
The monk said, "If so, then farewell."
As he started to walk away, Yantou said, "Although he is of the younger generation, he can keep control."
The monk returned to Jiashan and recounted these stories.
Jiashan said, "Does everybody understand? If no one speaks, I will be heedless of my eyebrows and go on talking." Then he said, "Though Shishuang has the killing sword, he still lacks the life-giving sword. Yantou, though, has both the killing sword and the life-giving sword."


Ruiyan set up a name, first calling it the fundamental constant principle. Yantou shone through it for him, saying "Moving."
[5] Masters of great skill admit beings in this way.
[6] Here's where Ruiyan reaches the place where the divergent roads are many.
[8-9] Saying this, Yantou was already heedless of his body and life, cutting off Ruiyan's pathway and opening up the public road to the capital right under the sun. Guishan called it the tooth and nail of the cave of Dharma. It captures alive, without any useless effort. Yantou saw Ruiyan was determined and sincere. This was not a time for a test of wits, so he therefore met Ruiyan as an eye of reality, extending kindness out of compassion for people. Ruiyan attained enlightenment following Yantou's words.

Emptiness is a thing that grows by being moved.


If we hold onto the notion that there's no fixed thing, an "original permanent principle," we're stuck there too! It's amazing how many fixed ideas we have about reality. In shikantaza, we try to stop and observe our mind. But what do we observe mind with? Mind can be observed only with mind. When we observe with our conditioned mind, we're just filtering everything throughh our prejudices. We have to dig deeper! How are we conditioned? What are our expectations? We're all conditioned by the way we're raised, the values of everybody around us. But we can keep looking. Can we be free from prejudices? Look, look!
[8-9] I might say it like this: when you agree, wholeheartedly agree but don't stick to that agreement; when you deny, wholeheartedly deny, but don't be fixed on that denial.
When you are deep in your concentration, there is still awareness. You don't go off into some kind of a trance. When your mind is really quiet, and your concentration is deepening, that's the best time to really see. What are those fixed principles upon which I base my activities, my actions, my responses, my thoughts, my ideas, my opinioins, my judgments? Where are my edges? Look! Each one of us has to keep looking and see what it is that's snagging on all of the edges of our life. Just keep working on it, alive and frisky.


[4] Ruiyan too is not at a loss for words and asks, “but what if it moves?” Such a response is surprisingly difficult.
[5] Yantou says that if the everlasting truth moves, it disappears and cannot be found anywhere. It is like the eye trying to see itself. The only way is to realize it directly in satori. If it moves, there’s nothing you can do.
[8] When Yantou says, “If you acknowledge it,” it means “if you understand it intellectually.” At such a time, he says, you are still not free from intellectualizing. To say, “I understand,” means that your mind is still moving, you are still not free from concepts and ideas. It is not yet the real thing.
[9] Just to say “I don’t understand” won’t do either. You are all in a fog and don’t have a clue. You cannot solve the problem of life and death that way. The purpose of Zen is to clearly grasp that you yourself are empty. Otherwise you are not yet saved. Otherwise you cannot really transcend life and death. Unless you solve this problem there is no meaning in your doing zazen. And if you solve this problem, you are unperturbed whatever happens. The “everlasting truth” is empty. As long as there is still some form, it will definitely move.


When whole body and mind activity fills the universe, there are no edges. When things have no edges, they are free to roll in every direction. It's like navigating a canoe in fast-flowing rapids. There is no intention in moment-to-moment samadhi. Seeing that Ruiyan is about to fall into the pit of this and that, Yantou deepens the pit with agreement and disagreement. Haven't you heard old Baizhang Huaihai's saying, "When you agree or disagree you are not free from senses and matter. Take away both agreement and disagreement and the six consciousnesses naturally return to the ocean of awareness"? Free yourself of delusive attachments, ideas, and positions. Clear away the entanglements and realize that the truth itself is right where you stand, filling each and every activity. Peaceful dwelling is not a matter of gain and loss.


Each and every thing
is in a constant state of becoming.
It is because change reaches everywhere
that permanence is originally present.

Why worry about walking,
when standing on nothing is the Way?

Falling off the cliff,
His body shatters
into a hundred-thousand diamonds.
Auspicious joy fills the world.

This is what friends are for.


I have no idea
how many times I've changed
my mind with a mind
determined not to change.
Everything remains
under consideration
from cracks in the asphalt
to the Andromeda Galaxy.


Heraclitus didn't quite say, as we love to quote:
"Change is the only constant" -- which is
Funnier, and truer, than what he did say.

When we've a mind for immutable principle,
Heraclitus must again remind
Everything flows, and nothing stays.

Then, attending to movement,
We miss the constancy to the flow; we don't
See the permanent principle of goneness.

The real, Heraclitus said, is logos -- which is fine
As long as logos isn't reason, seeking assent.
Reality is not an argument. It's a poem.

A poem wants to show itself to you,
Not for you to assent, but to see.
Agreement and disagreement alike misconstrue.