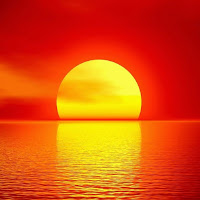 [1] Or: "...can't step in" (Wick)
[2] "Literally: 'Sometimes you kill by running, sometimes you kill by sitting.' The word 'kill' simply stresses the meaning of the main verb" (Sato's note). Or: "Let us say that sometimes there are the running dead, and sometimes there are the sitting dead" (Wick); "As you might say, 'Sometimes running to death, sometimes sitting to death'" (Cleary).
[3] Or: "How can they be made complete?" (Wick); "How can you attain proper timing?" (Cleary).


A compass for the circle, a ruler for the square.
Round in a compass, square in a ruler;
With use it functions well, with neglect it hides.
Used, it acts; left, it's concealed.
Stupid and bumbling: a bird dwelling in reeds.
Stationary, the birds resting on the reeds:
Backing and filling: sheep caught in a fence.
Going back and forth, the ram caught in the fence.
Eating others' food, sleeping in one's own bed.
Eating others' food,
Sleeping in one's own bed.
Clouds rise and rain falls, dew collects and turns to frost.
Clouds spring up and make rain,
Dew forms and turns into frost.
The well-aligned jeweled string passes through the needle's eye.
The jade thread is pushed through the eye of the golden needle.
The embroidered thread unceasingly vomits from the shuttle's guts.
Silk floss unceasingly spits from the shuttle's guts.
The stone woman stops weaving, and night's colors turn toward noon.
The stone woman's loom stops -- the color of night turns toward noon:
A wooden man travels the road, and the moon's silhouette moves to half full.
The wooden man's road turns -- the shadows of the moonlight have reached the center.


When the ancients spoke of the head, it was just to let you know it exists; speaking of the tail is just to make you use the present time to the full. Because you have so many unharmonious things, they have you remove them and obliterate them, to make you accomplish realization and fulfillment today. If someone is essentially so, real and true, always thus, then you shouldn't speak this way anymore. Even so, you must be such a person before you realize this. Now, don't make the same sound in different mouths; you should work hard right away. Take care.


The head is the absolute, and the tail is the relative. Also, the head is "The state of enlightenment," and the tail could be called "the state of practice."
[5] If you're in this state of oneness, this absolute state, there's no observer, nothing to observe. So what is there to see when you open the eyes. There's no self, no other, no mountains and no rivers; it's all one. You are not aware of the dawn even though the sun is shining on your face.
[7] The tail is practice. But your practice is not to sit there on your cushion for eternity like a clay Buddha. If you sit there like a dead person, there is no tail. The tail is the arising of all phenomena. Don't sit on an eternal seat, but follow the flow and just keep going. Bring together head and tail, inside and outside. This is the zazen of not holding on. If you hold on, if the hand is closed, there's nothing more that it can accept.
[9] This refers to the "stink of zen" that comes after people have an opening and are attached and arrogant about their opening. Because of clinging to their opening, there is still delusion and attachment to a false sense of self.
[10] I.e. What if there is strong practice and no realization?
[11] You are powerless to do anything for the sake of others. You don't see clearly, can't act freely. People in this state have "idiot compassion": blindly trying to be helpful but ending up ultimately causing harm.
[13] But as long as a trace of enlightenment or practice remains, you're stuck there.
First we raise our intention, raise our determination, then we practice and have some realization. We must then let go of that, and continue to practice. There's no beginning and no end to Zen -- just practice-realization. Letting go. Further practice. Once you integrate the head and the tail, there is no further need of them. They're not two sides. It's your life. Just let it be so. Just reveal who you truly are, and manifest that as your life.


[4] The “head” would be asking about how it is on the top of the mountain, the pinnacle of satori. Meanwhile, the “tail” would be asking about the matter of saving all beings.
[5] Your eyes have opened to some extent, but you are still blind. The eye of satori has opened, but it is still completely dark. You do not realize that dawn has come. In other words, you are only aware of the world of complete equality. The “subtle discerning wisdom” has yet to emerge. He is saying in effect: Your eyes are open, but you are still blind!
[6] The monk is now asking about the aspect of saving all beings.
[7] Yasutani refers to this as the world in which there is absolutely no movement. That is all well and good, but I prefer to see this as referring to the “essential sitting place,” that is, sitting in your own essential nature. If you remain seated in that essential place, no religious activities are possible. The true way is leaving that essential home. You have to leave home and be on the way. You have to leave that sitting place and return to the world.
[9] There are cases of people who clearly realize satori but do nothing on behalf of others; they simply enjoy their own realization. Such persons appear frequently in the ancient writings. There are two cases here. There is the case of the person who, after realizing great enlightenment, retires to the mountains to continue practice alone. Such persons feel things are OK now, because they have realized satori. Just to be enjoying that world of satori is a sort of religious individualism, you might say. Then there are the cases of persons who return to the world, although their practice and realization are not really complete. And if they do so, they will be pulled around by the everyday world. But they continue their practice, realizing that their insight is insufficient. This is the real model for practice. You must still clearly confirm for yourself that immovable state of consciousness. But if you remain in that state of satori, it’s not worth anything.
[11] This means a person who is working very hard on behalf of others but lacks the eye of satori. Even though they are doing their best, they lack the eye of satori to save others. There are many such persons nowadays. Many Zen temples operate kindergartens and this can be considered as religious activities to some extent. But what if the eye of satori is completely lacking? If there is no power coming from that experience, there will be no true activities of saving beings.
[12] In other words, how is it when the experience is complete and the activities of saving all beings are also complete?
[13] Yasutani says that this is not referring to descendants in the dharma. The “descendants” means the power of the practitioners. To say “the descendants will prosper” means that the power of the practitioners will flourish. But “it is not known in the room.” In other words, the person himself is not aware of it. Interestingly enough, however, when I went with this koan to dokusan with Yasutani, this was not what we came up with. At that time he said that it meant that the dharma children and grandchildren would flourish, but those persons themselves would not know it at all. When I presented it in that way in dokusan, he accepted that as an answer. I myself prefer to see this as referring to the master not knowing.
Hioki Mokusen considers the descendants to be the dharma descendants. They are firm in their power of the way but are not aware of that. The Buddhadharma that is transferred “in the room” is transferred without anything missing from master to master, and they have grasped it without anything missing. But they are not even aware of the name “dharma.” There are no concepts of dharma remaining.
There are several possibilities here of interpretation. Please take the time to savor these lines.


If you have come here to help me you are wasting your time, but if you have come because your liberation is bound up with mine, then let us work together.

Deus otiosus.
Long, long ago the creator
withdrew from his creation.
From behind the broken sky
his believers will find
only an empty throne
cold and misshapen
like a chunk of asteroid.


Demonstrating It from the Beginning

"I went down" -first three words of Plato's Republic

Socrates goes down.
Has he been to the heights of philosophy
And now brings Truth to the world?

It can't be grasped there.
What good then is it?
Socrates goes down

To the Piraeus, where the ports
of Athens' navy answer one imperative,
And the markets answer another.

He goes to visit the temple, offer a prayer.
He goes to take in the new festival.
He goes, and then he starts for home.

Acquaintances, by threat of force, detain him
Into ten books of justice discussion,
In the middle of which he says

Justice,
"as many others have said," is
"Doing one’s own business and not being a busybody."