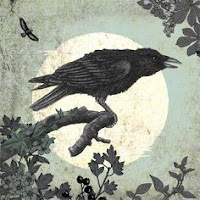 How do you make use of your urge without doing the thing that you have the urge to do? It's not hard; it just requires a certain attention.


Porcupine came by one day looking troubled. Raven called down to her from the tall spruce.
"What's up, Porcupine?"
Porcupine said, "I'm hearing rumors from my old friends that Coyote Roshi is violating even ordinary morality."
Raven flew down to her side and said, "She has this urge to prey on newborn lambs."
Porcupine said, "You said that you have that same urge. Is it that you don't follow through?"
Raven said, "I am following through at this moment."
Porcupine asked, "How is talking to me following through with your urge to eat baby lambs?"
Raven said, "Use the urge."


No nature photographer will capture my image
Trotting with a limp former rabbit hanging from my jaws.
I haven't the predator's skill,
And I do my killing indirectly.
No journalist's expose will limn the contrast between
The misery in my sweatshops
And the opulence surrounding my person,
Though weekly I make payment to some merchant
To sustain oppression and disparity.
It's not that evil and sublime
Interweave, co-depend, mutually define,
Though they do.
It's that every act is both.
It's that this is no excuse.

Posted by Meredith Garmon at 22:32