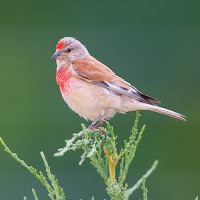 Someone told you once to be open to the other. They forgot to mention that there is no other.


Mole spoke up after Raven had his exchange with Owl and said, "I have a different kind of question. Is there a way to practice in ordinary times?"
Raven said, "The robin! The dove! The linnet!"
"Is it just a matter of being open to the other?" asked Mole.
"Still lonesome," said Raven.

Posted by Meredith Garmon at 12:00