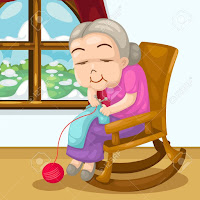 
Sitting around after supper one night, Granddaughter looked up from a book she was reading and asked, "What is mind?"
Grandma said, "Kitty is crying for food."
Granddaughter asked, "Do you mean anything will do?"
Grandma said, "No."
Granddaughter waited for more, but Grandma had returned to her knitting. She sighed and got up up to feed he cat.
Later, Turkey reported this to Raven and asked her opinion. Raven croaked, and then croaked again.
Turkey asked, "Will that do it?"
Raven said, "Apparently not."


It's like this, I've heard.
The brain -- yours, mine, a beetle's,
Dolphin's, dog's, bacterium's, or turtle's --
Extends through the nervous system,
And to the body, and to the world
That tickles the senses,
To fire motor neurons, or something,
To tickle back.

This being so --
The world being made of micro and macro
Tickle-loops everywhere, endless and beginningless --
Where is mind to be found?
Where not?