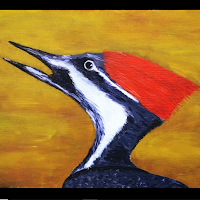 As for equanimity, Raven demonstrates it.

As for realization and equanimity, which one is beaver and which is dam?


Some of them, though, had a gardener.

Daffodils did not have teachers.
They did not study the craft
Of blossoming.
They were not taught to have six petals
And a corona,
Or drilled in color selection;
Took no classes in stem construction,
Received no instruction in photosynthesis.
From blithe stamen to untutored roots,
Throughout its growing, the daffodil was
An incorrigible truant.
No, no daffodil ever had a teacher.