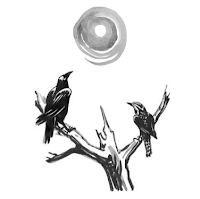 The Way is the way of ordinariness. The quest of specialness in ourselves and our experiences: this is what the Way abjures.

Picture it:
A woman, or a man, in a grocery store.
Also, a second shopper -- not hard to imagine.
Each peruses the shelves on aisle 6.
Each selects a jar of something
and is attended by the same thoughts and feelings
Running along the grooves of the same habits.
Implausible, I know, but imagine it.

If I then tell you that one of them does this
With greater freedom than the other,
I would mean that along with
The matching cognitive and affective processes
One of them is also listening,
Listening for a call
From far away or near, from any direction,
To something different
or the same.