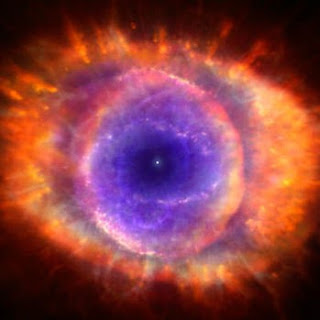 
When a fish moves, the water is muddied; when a bird flies, feathers drop.
You plainly discern host and guest; clearly distinguish black from white.
It is like a clear mirror on a stand, or a bright jewel in the palm of the hand.
A man of Kan appears; a man of Ko comes.
It is shown in sound; it is revealed in colour.
Why is it like this? I will try to show you an example, look!


Blocked by the double barrier,
The monk asked from the heart of the kalpa fire.
Wonderful the words, "It will be gone with the other."
Thousands of miles he wandered in vain, seeking a master.


A monk asked Zen master Dasui, “When the aeonic fire engulfs everything, is this annihilated or not?”
Dasui said, “Annihilated.”
The monk said, “Then it is annihilated along with everything else?”
Dasui said, “It is annihilated along with everything else.”
The monk refused to accept this answer. He later went to Touzi Datong and relayed to him his conversation with Dasui.
Touzi lit incense and bowed to the figure of the Buddha, saying, “The ancient buddha of West River has appeared.”[5]
Then Touzi said to the monk, “You should go back there quickly and atone for your mistake.”
The monk went back to see Dasui, but Dasui had already died.
The monk then went back to see Touzi, but Touzi had also passed away.

[5] The West River is an allusion to Sichuan, the area where Dasui lived (Ferguson).


[1] What this is "this one"? No one on earth can get ahold of this phrase. He scratches in advance, anticipating the itch.
[2] An iron hammer head with no handle-hole s thrown down in front of him. He's lost his nostrils. Before he opens his mouth, he's already thoroughly exposed.
[3] Immeasurably great me whirl around in the stream of words. After all he misunderstands.
[4] The first arrow was still light but the second arrow was deep. Just this is what so many people cannot find. When the water rises, the boats ride high; with a lot of mud, the buddha image is big. If you say "It goes along with that," where is it? If you say that it doesn't go along with that, then what? I'll hit!


Formerly Dasui was the keeper of the fire in Guishan [Daan]'s congregation. One day Guishan asked him, "You have been here several years, yet you still don't know how to pose a question so I can see what's what with you."
Dasui said, "What questions would you have me ask to be right?"
Guishan said, "Since you don't understand, ask, 'What is Buddha?'
Dasui covered Guishan's mouth with his hand.
Guishan said, "Later you will not even find anyone to sweep the ground."[6]

[6] "You've truly attained the marrow!" (Ferguson); "You will never have a successor" [ie. because people are reluctant to come to such a sharp and penetrating master (Yamada).


Later Dasui returned to Dongshan. At first he stayed by the road on Peng Kou Mountain, making tea and waiting on travellers for about three years in all. Only later did he finally appear in the world and open a mountain monastery, dwelling at Dasui.


[1] This monk just came up with a question based on an idea in the Teachings. In the Teachings it says, "Formation, abiding destruction, emptiness. When the age of the triple cataclysm occurs, the destruction reaches to the third meditation heaven." Basically this monk did not know the meaning of this statement. Tell me, what is "this one"? People often make emotional interpretations and say, "'This one' is the fundamental nature of sentient beings."
[4] As for "this one," so many people make emotional interpretations and are unable to find it. If you say that it goes along with it, where is it? If you say it doesn't go along with it, then what? Haven't you heard it say, "If you want to attain Intimacy, don't ask with questions"?
Later, Longji "Xiushan" Shaoxin [893-954] said it isn't destroyed "because it's the same as the universe." Both "it's destroyed" and "it's not destroyed obstruct people fatally. Since the monk didn't understand what Dasui said, he inevitably had this matter on his mind when he went to visit Touzi Datong.
Right now, you shouldn't make the understanding that it is destroyed, and you shouldn't make the understanding that it is not destroyed. In the end, how will you understand? Quick, set your eyes on it and look!


Clearly there is no other truth --
Who says (the Fifth Patriarch) approved the southerner Huineng?
The one phrase "it goes along with it"
Makes a patchrobed monk run over a thousand mountains.
A cricket who's cold cried in the piled up leaves;
By night a ghost bows to the lamp before a crypt.
The humming stops outside the lonely window,
He wanders back and forth, unable to overcome his regret.


[1] "This" ["it"] pervades the skies above and the earth below.
[2] This disposal of the matter, cutting it off and letting it go, is utterly beyond description. The very act of spitting this out was cold. This "destroyed" is not in the Buddhist scriptures; hereby mountains, rivers, hells, and heavens are all entirely shattered.
[3] This monk missed the point; what a dither he's in! Does It go along with transient mundane phenomena? This monk is like a dog chasing a clod.
[4] The more you look up to it, the higher it is; the more you bore into it, the harder it is. No need for inquiries into enlightenment or delusion; it goes along with fire, it goes along with water. That refers to the universe. This is a terrifying saying; the ancients appreciated it too.


Will the individual self also follow on into that destruction? Dasui replied: Of course it will likewise perish. So the monk said: If so, everything, Mount Sumeru, the great ocean, the Dragon, Brahma, and all matter will follow on in that destruction, and will our individual selves also follow on with all the rest? Dasui said: Certainly, our own selves will perish with those material existences.
The monk's mind was still in that stage where matter and mind, existence and nonexistence are unconnected ideas. The are still to him two separate things. He was still shut up between the two-fold barrier of thought. Dasui's reply was truly a well-considered one. It is one we should all approve and appreciate. To one who seemed to be afraid of death the proper answer was that we shall all certainly die. Dasui may have been living the life of a Zen hermit, shut off from the world, but his mind was as boundless as the ten thousand worlds, and he knew the right answer to give.


[1] "It": The ultimate thing. In a narrow sense this means our being. More generally, it means the being or existence of the universe, or absolute reality. The monk was greatly concerned about the immorality of his soul, or self. He was hoping that Dasui would say that it would not perish, and set his mind at rest. This anxiety is not, of course, restricted to the monk but must be the greatest problem for everyone.
[2] This is an example of Yunmen's "cutting off the stream of thought" (see BCR27).
[3] "The other" means the great cosmos. The monk was dismayed by Dasui's answer. But like a drowning man clutching at a straw, he repeated his question in another form.
[4] This was the finishing blow.


[1] According to Indian cosmology, the universe is constantly coursing through four levels, namely: formation, abiding, destruction, and void. The phenomenal world appears, is maintained for a certain period, then starts to crumble and finally disappears, only to start the same process all over again. The changes that take place in each individual are just like those of the universe. We can think of the universe as a huge human being and of each human being as a tiny universe. The problem here is the word "THAT." We can give it various conceptual names like "essential nature" or "buddha-nature" or "our very essence." Some people might call it "soul." So, will THAT be destroyed in the great fire or not?
[2] IT will be completely ruined with nothing at all left behind.
[3] I.e., "Will THAT be gone with the entire universe?"
[4] Longji (in BOS30) gives the opposite answer, as does Wumen in his verse to case 23 of the Wumenguan:


There is nowhere to hide the primal face;
Even when the world is destroyed, it is indestructible.

On one side it is said that IT is destroyed; on the other side that IT is not destroyed. Which is true? We have to look at both answers. The "IT" or "buddha-nature" or our "true self" or our "primal self" or our "essential
nature" is – although it might appear to be separate from the universe – one with the universe. This is how we understand the matter conceptually, but in reality, we can't stop viewing the two as separate entities. This is unavoidable when we haven't had a deep experience. For
example, in the Prajna- paramita-sutra it says, "Form is nothing but emptiness, emptiness is nothing but form." So we imagine that there's something that is void and there's also something that has a form, and yet the two are equal with each other. But this is not right. Rather, seen from one side that "something" is empty, but seen from the other, it has form.
In order to see the world of the void it is best to look within your own mind. No matter how hard you search there for something called "yourself," you'll not find it.
You must firmly grasp the fact that "phenomena are nothing else than emptiness, emptiness nothing else than phenomena." So when the Thousand Great Worlds perish, IT perishes too -- for IT does not exist outside the Thousand Great Worlds.
Yet something without form cannot be destroyed. How is it not destroyed? The destruction itself is IT. So both answers are true.
I would like to read the last sentence as "ZUITAKO!" [a phonetic rendering of "gone with the other"]. The meaningless "ZUITAKO!" – it jumps out abruptly, thoroughly manifesting the essential nature. With such a "ZUITAKO!" all delusions are blown away. The essential world is completely manifested. This is the way true Zen would see the case.


Built to be conditioned by consequences,
To weigh consequences,
Brain must suppose itself around.
It has no means to comprehend not.

Thus release from anticipation,
from the permanence even of abstracted principle,
Exhilarates but briefly
Before the presupposed reasserts.

Who, then, can stand
More than a moment
With Dasui before
Flipping to Longji?