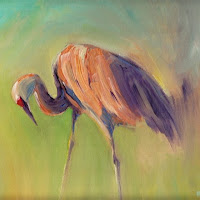 Where are you? Do you know? To know where you are requires knowing where everything else is, their relationship to each other and to you. (An X labeled "you are here" on an otherwise blank white poster tells you nothing.) "South of the river, north of the lake" -- a beginning. Knowing where the Buddha is -- an end of the matter.

Probably?
Ralph's asserting an empirical point.
Leave aside probability.
Self and place
Are each other.

Wallace said Wendell said it
Without probably.
Wendell said this:
"If you don't know where you're from, you'll have a hard time saying where you're going.”
True enough, though only so much can be
Known and said of coming and going.

The precise latitude and longitude where you stand
And the vast cosmos entire:
Each the same as the other.