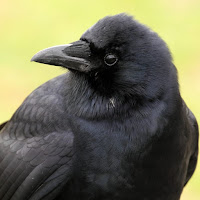 Seek not to be rid of anguish and clinging. Practice, rather, to become both anguished and nonanguished, both clinging and nonclinging, at the same time. More or less.

Raven took his perch on the Assembly Oak and said, "The Buddha said that anguish has a source. How would you identify that source?"
Wolverine said, "I know that one. The source of anguish is clinging."
Raven said, "What if the forest burned down?"
Wolverine said, "I might feel liberated."
Raven bowed his head and murmured, "Oh, well...congratulations."