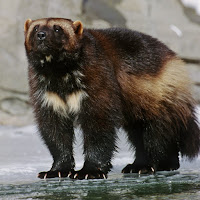 The poem about your practice is immediately visible to the whole world. No need to recite it. You already have and are.

Wolverine approached Raven after a meeting had broken up and said, "I've composed a poem about my practice. Do you want to hear it?"
Raven said, "No." Wolverine said, "I'm going to recite it anyway." Raven gave a croak and flew up into the Assembly Oak.
Next day, Mole told Porcupine about this, and said, "I thought Roshi was pretty rude to Wolverine. Why did he make such a point of not wanting to hear her poem?"
Porcupine said, "She already knew it by heart."