"When our plans crumble and there seems to be nothing left, it is only by completely surrendering to what is that we can realize that what is left is more than enough."
- Ezra Bayda & Josh Bartok
Saturday Zen Service, Aug 30: 10:00am - 11:45am. 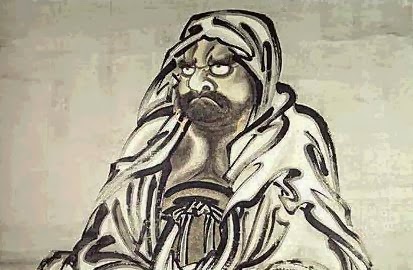 Koan of the Week
Gateless Gate #32: "A Non-Buddhist Questions Buddha"

Verse:
Walking on the edge of a sword,
Running over a ridge of jagged ice;
Not using steps or ladders,
Jumping from the cliff with hands free.
Posted by Meredith Garmon at 16:37