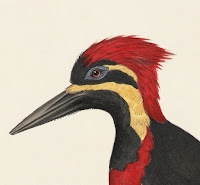 How could you say there was anything that couldn't be expressed in words? As soon of you'd said what it was, you've expressed it. Even to say, "It's ineffable" is to eff it.

So the living question for us is: given the infinite expressibility of every object, phenomena, or experience, when do we say, "that's enough" -- and when do we heap our plates with detailed expression?