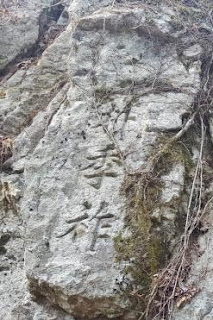 Personnel
Nanyang Huizhong (675?-775, 7th generation); studied under both 5th Patriarch, Hongren, and 6th Patriarch, Huineng; became one of Huineng's five dharma heirs. Called "National Teacher" because he was teacher to the Emperor, Nanyang appears in four of our koans: GG #17, BCR #99, BOS #42, and BCR #18 (BOS #85) -- and is also mentioned in BCR #69. Emperor Daizong (reigned 762-779), was 8th emperor of the Tang Dynasty, and the eldest son of Emperor Suzong (reigned 756-762) whom we met in BCR #99. Danyuan Yingzhen was Nanyang's attendant and dharma heir. Their line died out after Danyuan.

Case
Emperor Daizong asked Nanyang Huizhong, the national teacher, "What would you wish me to do after a hundred years (i.e. after your death)?"
The national teacher said, "Make a seamless gravestone (an egg-formed gravestone made out of a single piece of stone as was often made for deceased monks) for this old monk."
The emperor said, "I should like to ask you, master, for a design."
The national teacher remained silent for a long time. Then he said, "Did you understand?"
The emperor said, "I didn't understand anything."
The national teacher said, "I have a Dharma successor, my disciple Danyuan, who is well versed with this matter."
Afterwards the emperor called Danyuan and asked him about the meaning of this.
Danyuan responded:
"The south of the river, north of the lake:
In between there's gold, which fills the whole land.
Under the shadowless tree all people are in one boat;
In the crystal palace there is no one who knows."

Wansong's Preface
When you have the mallet to smash space and the ability to rend a mountain, then for the first time you arrive at where there are originally no seams or gaps, where you don't see any flaws or scars. But who is sch a person?

Xuedou's Insertions in the Case
The south of the river, north of the lake:
The single hand does not sound without reason.
In between there's gold, which fills the whole land.
A staff, hewn freshly from the mountain forest.
Under the shadowless tree all people are in one boat;
The sea is peaceful, the river clear.
In the crystal palace there is no one who knows.
The speech is finished.

Xuedou's Verse
The seamless monument -- it is hard to see.
A seamless pagoda, it is difficult to describe;
A clear pool does not contain a blue dragon's coils.
The dragon does not thrive in a placid lake.
Layers upon layers, shadows upon shadows --
Tier after tier, superbly it casts a shadow
Throughout all time it's shown to humankind.
Let it be admired for a thousand ages.

Hongzhi's Verse
Solitary and transcendent, round and full:
Alone boundlessly, boundlessly. Whole perfectly, perfectly.
Where the power of the eye ends, it towers high.
The power of sight fails to reach its craggy heights.
The moon descends, the pond is empty, the color of night is deep.
The moon falls, the abyss is empty, night's darkness deepens.
When the clouds recede, the mountain is lean, the faces of autumn many.
Clouds depart, the mountain is slim, autumn's features flourish.
The positions of the eight trigrams right, the energies of the five elements harmonize.
The Eight Principles correctly positioned, the five elements' energy harmonized.
The body is in there before -- have you seen it?
The body from the first is within. Do you see?
Nanyang, father and son, seem to know it exists;
Nanyang's father and son seem as if they know.
The buddhas and patriarchs of India can't do aught about it.
India's Buddha and Ancestors cannot do a thing with it.

Yuanwu's Comment
When the National Teacher's life was over and he was about to enter nirvana, he was taking leave of Daizong. Daizong asked, "After your death, what will you need?" This is just an ordinary question. The old fellow, Nanyang, stirred up waves where there was no wind and said, "Build a seamless monument for me." Under the bright sun and blue sky, why answer like this? It should have been enought to build a monument; why then did he say to build a seamless monument? But Daizong too was an adept: he pressed him and said, "Please tell me, Master, what the monument would look like?" The National Teacher remained silent for a long time, then said, "Do you understand?" How extraordinary this little bit is; it's most difficult to approach. When pressed by the Emperor, the National Teacher, supposedly so great, could only frown. Although this is so, anyone but Nanyang would probably have been bowled over. Quite a few people say that the National Teacher's not speaking is itself what the monument is like. If you understand in this fashion, Bodhidharma and all his family would be wiped off the face of the earth. If you say that keeping silent is it, then mutes too must understand Zen. Daizong says he does not understand. Is this "I don't understand" the same as Emperor Wu's "I don't know" (in BCR #1), or is it different? Although they seem the same, actually they're not.

Wuzu's Comment
Re: the seamless monument: In front of it is pearls and agate; in back it is agate and pearls; on the east are Avalokitesvara and Mahasthamaprapta; on the west are Manjusri and Samantabhadra; in the middle there's a flag blown by the wind, saying, "Flap, flap." You are the teacher of a whole nation; why is it that you don't speak, but instead defer to your disciple?"

Sekida's Comment
"Seamless" here means formless. The formless pagoda (the true form of the formless) is nothing but the Dharmakaya Buddha. The emperor asks what style is to be. He may have intended this in an ordinary, worldly sense. However, in the context of a Dharma contest it made an acute question. How could Nanyang answer it? Wasn't it almost impossible? Nanyang's silence in response has given rise to many comments. Monks go through much anguish in dealing with this koan. Imagine the glorious sunset and the silvery moonlight in the frosty sky. Xuedou's mention of a placid lake in his verse is a reference to this silence.

Shishin Wick's Comment
If you're steady, consistent, and uniform in your practice, you become seamless and invulnerable. There are not indications of unevenness, no gaps, no inside, and no outside. If you are asked about the design of the tomb, and you mimic the National Teacher's silence, are you creating a seamless tomb or just a poor replica? Don't think that silence is it. Some Zen students think that if they just sit still enough, then they'll become Buddha. If you're attached to sitting like a stone Buddha, you should be out in the garden with the other stone Buddhas. To become a living Buddha, you have to smooth out all the rough edges: your judgments, opinions, projections, images, and deluded thoughts. Without totally revealing your hidden pain and insecurities, you zazen will be more about hiding those secrets than about being free. It takes courage to tread on that hairy edge of the unknow, to look under the bed and in the closet, and to see those demons face to face. You need to maintain the mind of not-knowing. Each moment is fresh. It's seamless. There is no baggage from the past, and no projections to the future. As soon as we hold onto something, there's a seam. That seam rends the entire edifice, and a parade of a thousand unruly sharks, disguised as delusive thougths, enters and starts doing all their mischief.

Yamada's Comment
Nanyang sat silently for a while and then said, "Did you understand?" Thus he showed the design for his tomb, but ordinary people wouldn't be able to make head or tail out of it. When the National Teacher sits still, his own essential nature is completely revealed. “South of the river, north of the lake,” means all the way from south to north, but it also means all the way from east to west. This first line is expressing “in all directions everywhere,” it is talking about the entire universe. This is one design for the seamless tomb. “Under the shadowless tree the people
are in one boat.” It means that it is One. If there are two, then a shadow appears. The next line, “in the crystal palace there is no knowledge,” means a palace that is completely transparent. Where is there such a palace, you might ask. Actually, it is right here.

Rothenberg's Verse
Conjure the Temple
You can build the edifice just in your mind.
A single hand makes no random sound
A rough-hewn staff in the clear river --
no one sees you raise it out of the stream.
Above is the sky, below is the earth.
Have you heard about this?
Nothing can be seen of the stone but its shape.
The snake cannot coil in a currentless pool.
No illusions! Only truth in the eddies.
Where dragons swim, waves arise without wind.
You are safe in the stillwater;
layers on layers, shadows of shadows.
That's the way it looks to us,
that's the way it looks.


The activity of Buddha is carried out together with the whole earth and all living beings; if it is not activity that is one with all things, it is not buddha activity.

Ah, those old masters,
they can extract your heart
with a single phrase.

And everything appears
veiled—
cars, houses, streets,
all covered by a fine mist.

And your own heart beating
faintly
in the wing-beats of a sparrow.


On a hot day
in midsummer
when the concrete boat
docked at Onehunga Wharf
Jellicoe Park fountain
came to life
and walked up the hill
on its pale blue legs.


A seamless monument, he requests -- to a seamless life,
Lived like a fabric smooth and unbroken from river to lake.
Are you so keen to unemploy the tailor?
Or has your eye perceived the seamlessness of every seam?