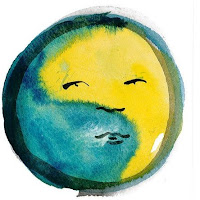 
Each ki and every kyo, every word and phrase, is a means, for the moment, of leading students to realization. But every such manipulation is like performing an operation on a healthy body and will give rise to complication upon complication. The Great Way manifests itself naturally. It is limited by no fixed rules. But I must tell you that there is an advanced theme that you will have to learn. It presides over heaven and earth. However, if you try to guess at it you will be confused. This can be right, and that also can be right. It is so delicate. This cannot be right, and that also cannot be right. An unapproachable cliff face! How could you manage without stumbling here or there? Study the following case.


Even investigating beyond mind, intellect, and consciousness, there is still this. Even studying in ordinary and holy paths, it's already too exalted. The red-hot furnace spurts out iron barbs. With tongue sword and lip spear, it's hard to open the mouth; without running afoul of the point, please try to bring it up.


Sun Face Buddha, Moon Face Buddha;
Who were the ancient emperors?
Compared with Sun-faced Buddha and Moon-faced Buddha, how pale the Three Sacred Sovereigns, the Five Ancestral Emperors!
For twenty years I have suffered;
For twenty years I have had fierce struggles,
How many times have I gone down for you into the blue dragon's cave?
This distress is worth reporting;
The hardship defies description.
Clear-eyed Zennists should not slight it.


Sun Face Buddha, Moon Face Buddha --
Stars fall,thunder rolls,
The mirror faces forms without subjectivity;
With regard to shape, a mirror is selfless.
The pearl in a bowl rolls of itself.
Don't you see, before the hammer, gold refined a hundred times;
Under the scissors, silk from one loom.


Great Master Mazu was seriously ill. Y: This fellow has broken down quite a bit. He's dragging in other people. W: Not necessarily like Vimalakirti.
The chief priest of the temple asked him, "Master, how are you feeling these days?" Y: Four hundred and four diseases break out all at once. They'll be lucky if they're not seeing off a dead monk in three days. (This question) is in the course of humanity and righteousness. W: Everyday matters keep him so busy he seldom gets to inquire about someone's health.
Great Master said, "Sun-face Buddha, Moon-face Buddha." Y: How fresh and new! Sustenance for his fledgeling. W: Isn't this getting a cramp and suffering heat sickness?


There'll be a lot of fatalities if people take a view of emptiness to be the Sun Face Buddha.


Sun Face -- Long or short? What realm is this? It is not to be understood as a carving, a sculpture, or an icon. Zhaozhou called it an oak tree, Yunmen called it a piece of dry crap. What about your own Sun Face Buddha, Moon Face Buddha? Is it something long or something short? How do you understand it? Set your eyes on the absolutely inextricable within yourself.


It is reported that Mazu died on the following day, so this is an episode immediately preceding his death. Both "sun-face Buddha" and "moon-face Buddha" are names of Buddhas. There are countless Buddhas, among whom there are the so-called "thousand Buddhas of the auspicious kalpa." The "sun-face Buddha" is the 202nd Buddha of the series, who is supposed to have a life-span of 1800 years. The "moon-face Buddha" is, on the other hand, the 858th of the thousand Buddhas and has the extremely short life of just one day and night, i.e. 24 hours. Great Master Mazu, who was seriously ill and ready to expire at any moment, must have uttered the phrase in an extremely weak voice: "Sun-face Buddha, moon-face Buddha" – literally: a Buddha with a long life and a Buddha with a short life. Now, how do you see this?


Master Mazu is talking in terms of long and short, in other words, in terms of dualistic things such as long-short, subject-object, self-other. There is also light-heavy or large-small.


When the Master is Unwell
One tool, one thing, one sound, one space
it's all a way in or a scar on your face
This way will do, but that way will do too.
That way won't do, and this way won't do either.
Avoid each of these paths, and see
if there's anywhere else to go --
The climb of an unassailable steep blue cliff.
sun smiling shadow, moon smiling shadow
all two faces, always two faces
If you speak like this to sad people,
you will sadden them to death.


Pearl turning on itself
in the bowl
consciousness
no pearl
no bowl.
Filling the bowl
filling the crevice
that is mind
let go of the rope
keeping your
eye on the ball you
cannot see
just this person.
Remember just long enough
that mirrors from the inside do not reflect back
then clap so hard
you let go.


Imagine you are watching the glorious setting sun at the far end of the ocean. Moment by moment, the golden-faced Buddha sinks below the horizon. No words can describe the glory and radiance of his face. Everything is condensed into this present moment. It is eternal. And again, imagine that, at midnight, you are watching the moon's mirrorlike face, inclined a little in her musing, poised over the mountains. Everything is silent. Her life may be only one day and one night, but this moment after moment's being truly represents real existence.

While on the bedside table
a glass of water holds
the early-morning light.

Chekov's body travelled
all the way to Moscow
in a carriage of frozen oysters.
It was midsummer,
and the great boreal forests
of spruce and pine
formed wave after wave
of shimmering green.


Listen, I will tell you the good news: you're going to die.
You don't have to get everything fixed, figured out.
It's not up to you. You're off the hook, Dead One Walking.
You only have to be present to the sky's shining faces.
If you say, "no time soon, I hope," you might as well be dead already.
1800 years is just the same as one day.
Right now, the only eternity there is, they're just the same.