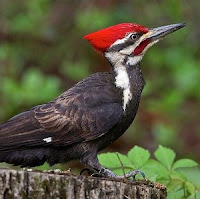 Blasphemy. For the ancient Hebrews, blasphemy was the crime of undermining the rule of YHWH over the Jews, and was thus analogous to treason. Blasphemy was, until recently, generally forbidden by law in the US and Europe. Blasphemy was understood to be:


"denying the being or providence of God, contumelious reproaches of our Saviour Christ, profane scoffing at the Holy Scripture, or exposing it to contempt or ridicule" (Blackstone, Commentaries on the Laws of England, 1769)


"speaking evil of the Deity with an impious purpose to derogate from the Divine Majesty and to alienate the minds of others from the love and reverence of God" (Lemuel Shaw, 1781-1861, Chief Justice of the Massachusetts Supreme Court)

Raven declines to define the term, providing instead an example.


One evening Woodpecker asked, "What is blasphemy?"
Raven said, "The Buddha Macaw was perfectly enlightened."


Blasphemy and idolatry:
besetting sicknesses.
The cure for each
is the other.

Friend, don't fall for that presumption
that perfection is crystalline,
As fixed as Keats' Urn.
No, the perfection of a thing
Is its motion, its dance of
Flourishing, fruition, aging, decay --
Or it's nothing.
Gotama's perfection was a path.
Jesus died in pain when
nailed in place.

Posted by Meredith Garmon at 16:36